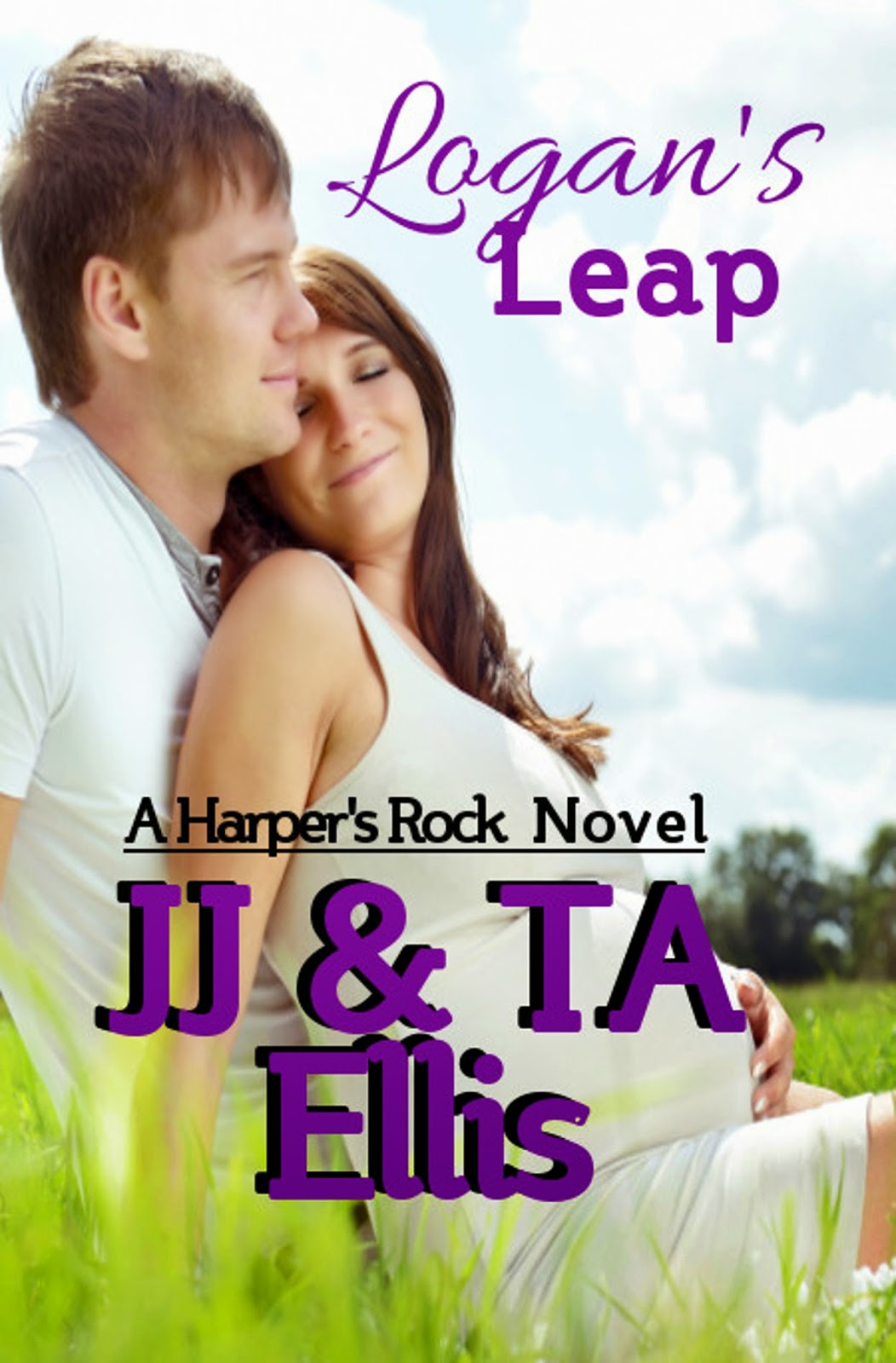 Harper’s Rock, Wyoming is a fictional town that we have placed in the northern part of the state. If looking at a map you might think that it is somewhere near the town of Buffalo. Many small towns here in Wyoming are much like Harper’s Rock, full of community, love and fun, and we hope you enjoy your visit!

He believes that love is for fools.

Logan Harper’s motto - stay away from people and you won’t get hurt. He has a successful business, his family, and a few casual friends. That’s more than enough to keep him happy. When Jayna McIntyre comes to town seeking out the Harper family, Logan is the one who comes to her rescue. What harm could come from helping a single mom? He’s an expert at knowing how to keep other people’s drama from invading his life, so helping her and sending her on her way should be easy.

Jayna is nine months pregnant and running for her life. Her best friend’s husband sends her to his family in Harper’s Rock, Wyoming. She was expecting to find the motherly Evelyn Harper, but instead she wakes up in sexy Logan’s arms. The self-described loner truly does have a heart, as she witnesses with her newborn baby and his willingness to put their safety before his own. Forced into close quarters, with a madman on the loose, Jayna and her knight in denim armor create a bond, but it may not be strong enough to override the past. 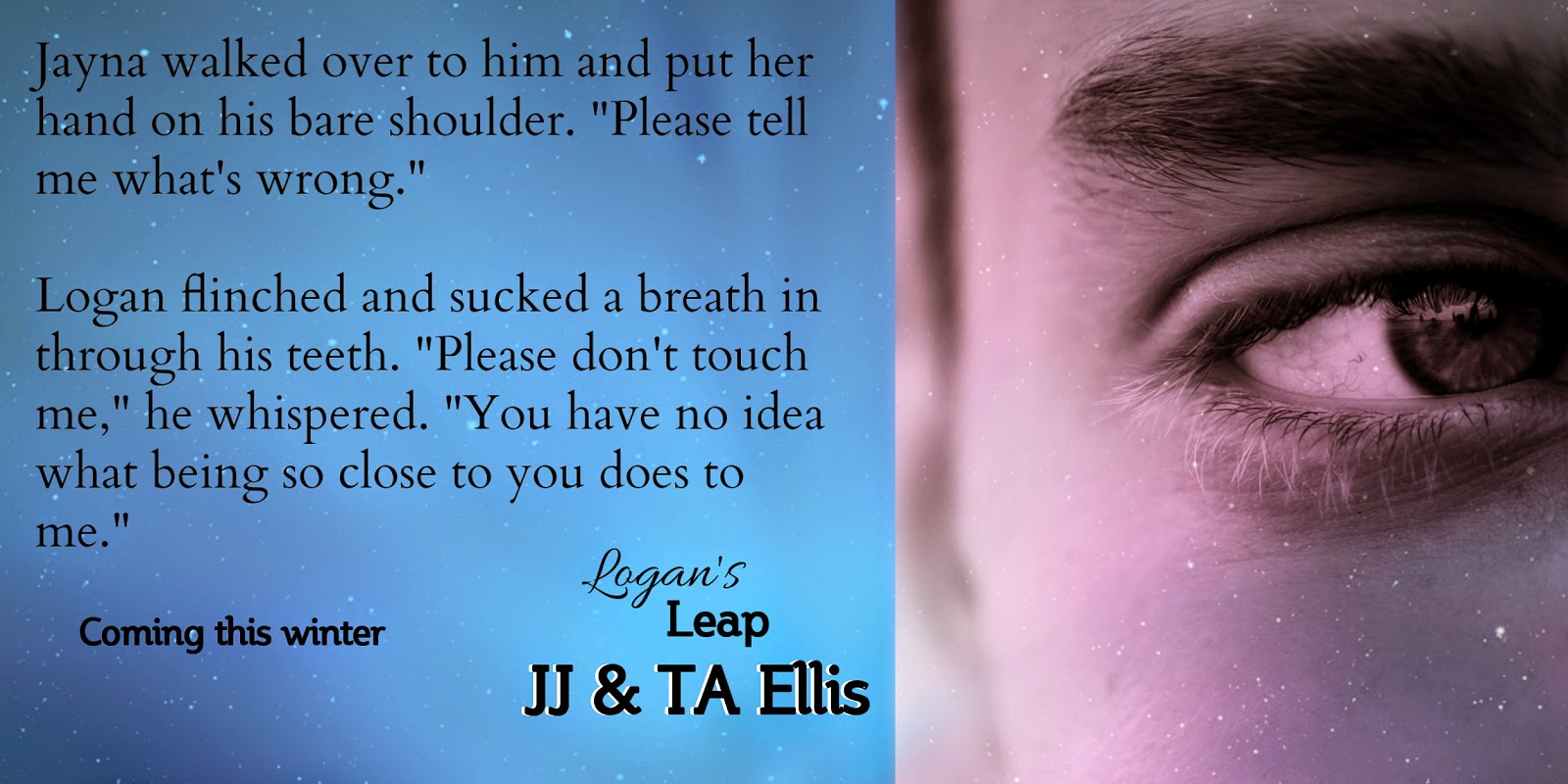 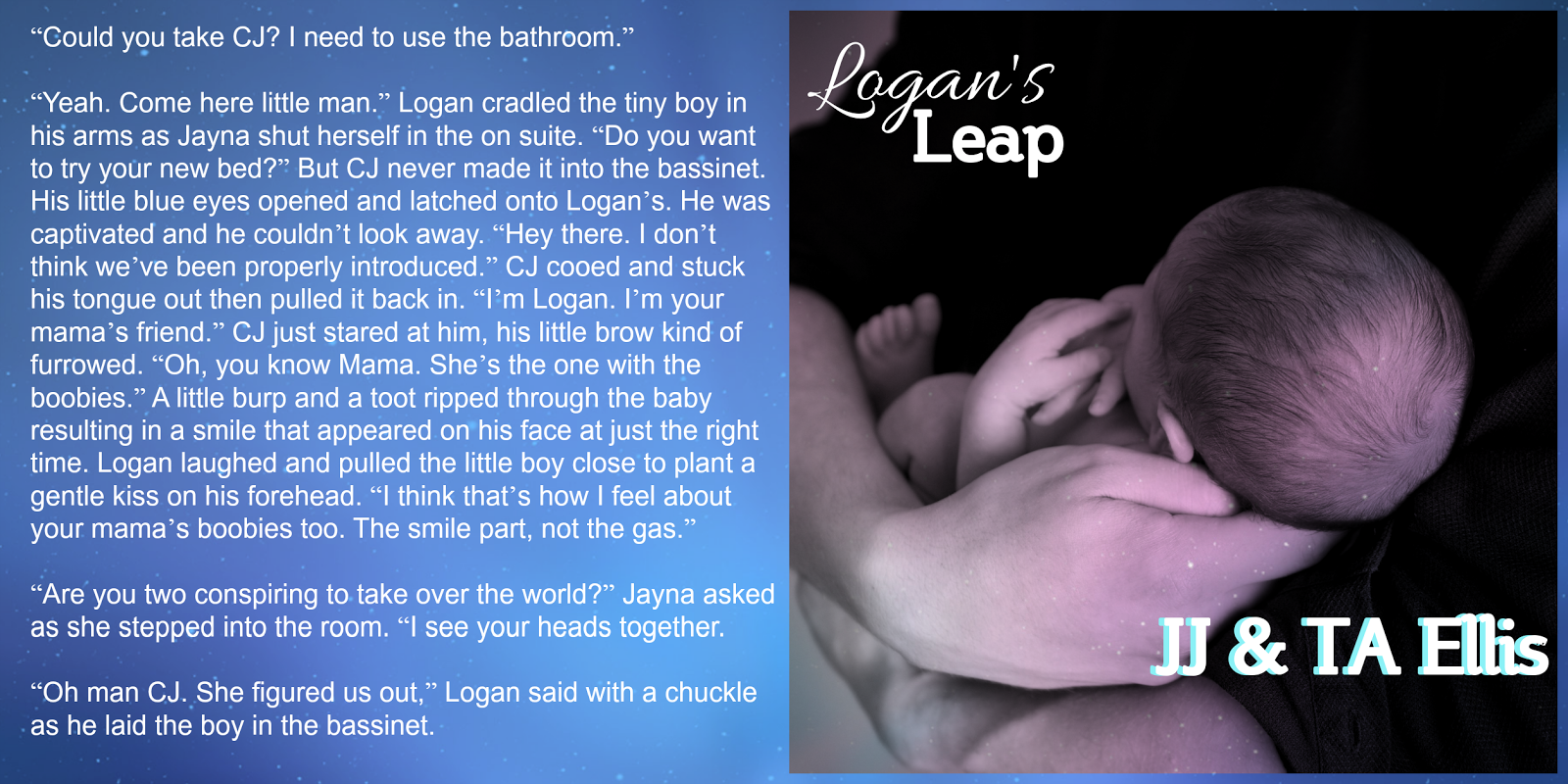 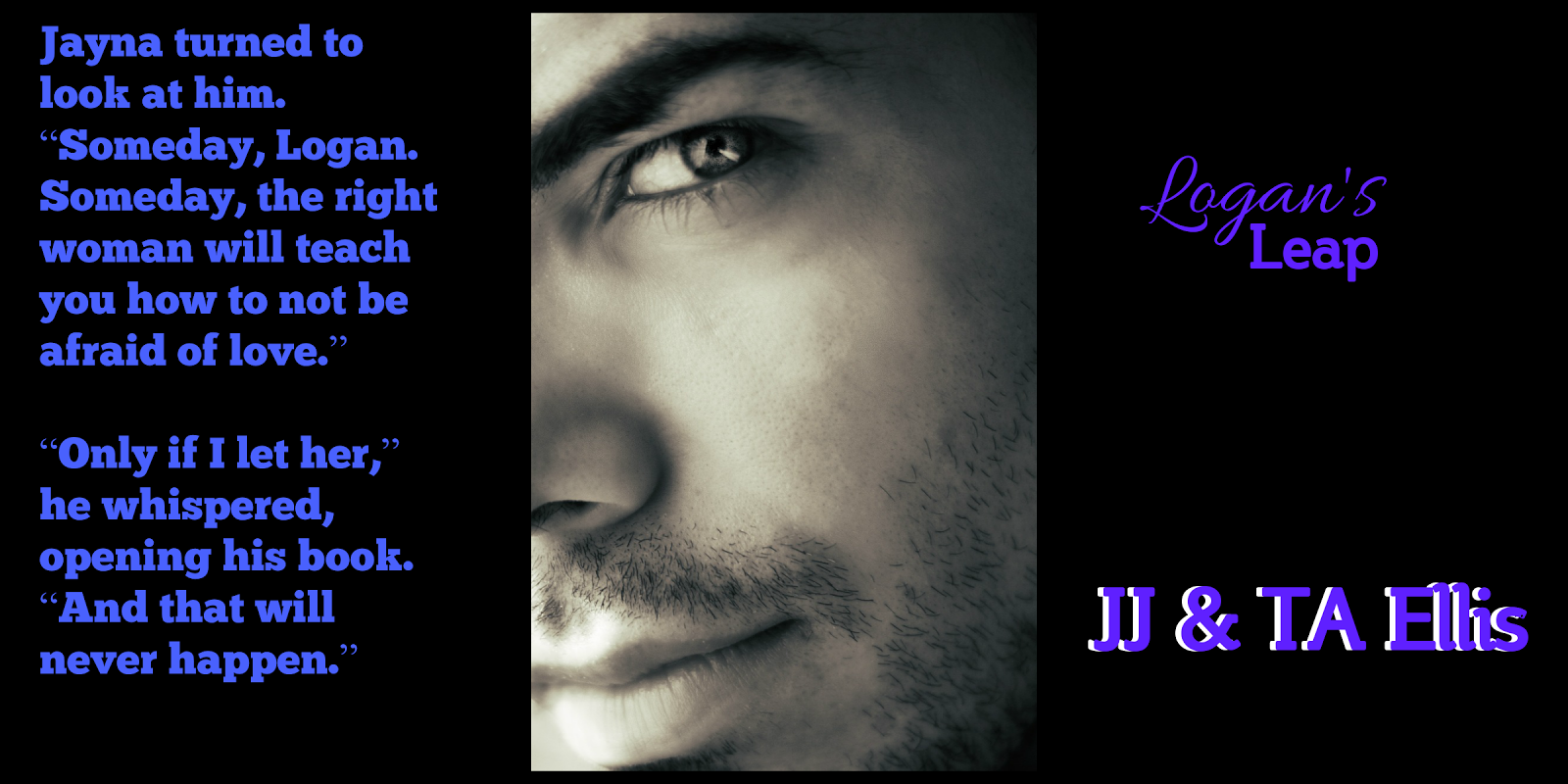 Logan and Jayna pulled into a parking spot at the inn. “What the fuck…” he mumbled as he looked around. “Julia believed in love less than I did and now…”
“She owns a lovers' retreat inn,” Jayna finished, a laugh sitting at the edge of her words.
“Yeah." He opened his door and stepped out of the vehicle. He couldn’t imagine that the next few days would be fun, but at least they had CJ as a barrier. He unstrapped the little boy and lifted him out of the car. Jayna was already on her way to the Inn’s entrance. They caught up quickly and the three stepped inside together.
“Can I help you?” a young woman asked from behind the front desk.
“I’m here to see Julia. My name is Logan Harper.”
“Logan! I’ve been waiting for you,” came a voice from the back office. A woman with dark hair and purple highlights walked out and went straight over to him. “It’s so good to see you.” They embraced warmly.
“You haven’t changed a bit,” he said with a smile.
“I wouldn’t say that yet,” she said with a smirk as she turned and hollered into the back room. A man, carrying a one-year-old child, came out. He smiled at Julia and kissed her cheek. “Logan Harper, I would like you to meet my husband Bradley and my daughter Madison.”
Logan stared, mouth agape as he shook the other man’s hand. “What the hell?” he murmured quietly.
Julia smiled big. “Sometimes when love hits, you can’t ignore it. Do you mind explaining what’s going on here?” she asked pointing to Jayna and CJ.
“Is there some place we could talk privately?” he asked.
Julia and Bradly ushered them through the back office and into their apartment. Logan and Jayna gave the bare minimum of information about their situation while Madison tried to get CJ’s attention.
“We didn’t realize that this is a lovers' retreat,” Jayna said quietly. “I don’t want CJ to bother anyone.”
“Nonsense,” Bradley said with a smile. “We have Madison around here all the time. Besides, the rooms are pretty much soundproof.”
“Thank you,” Jayna said returning his smile. “Could I go lie down now? I’m getting tired and I think CJ is getting hungry.”
“Of course,” Julia said disappearing into the office. She came back with a key, followed by the girl from the front desk. “Jeanie will show you to your room.”
“I’ll come with you,” Bradley said. “I need to check the shower in the room next door.”
Everyone moved to the door and Julia grabbed Logan’s arm to stall him. “So, are you going to tell me what’s going on between you and the beautiful Miss Jayna?”
Logan looked up from the ground and into her eyes. “I don’t know what you mean. There is nothing going on. I’m helping her out for my cousin and his wife. End of story.”
“You just can’t see what’s happening yet,” she snickered. “Big bad Logan Harper is falling head over heels in love. You’ve joined me on the dark side.”
“I always knew you were full of shit,” he said. “I thought love could never touch you.”
“I was wrong,” she admitted seriously. “And so were you. Mark my words. You even love that baby. When I first saw you holding him I could have sworn he was yours.”
“Like I said, full of shit,” he teased with a smile as he dropped a kiss on her cheek. “I’m glad you’re happy though.”
“Thanks, you big dork. Now go get settled in. Oh, and by the way, you’re going to be in one of the honeymoon suites. We only had that room available since the other empty one has plumbing problems.”
Logan looked hard at his old friend. The innocence on her face made him laugh. “You’re still a pain in my ass.” He left the room and headed to where he saw Bradley and Madison.

JJ Ellis is first and foremost a mom to five kids, four girls and one boy, ranging in age from 4-19. After that, she is a physically limited wife, blogger and now an author. She holds a degree in Communication Studies (Public Relations) from the University of Nevada, Las Vegas but never thought she would chose writing as a career, especially at the age of 42. She once wanted to be a publicist in the entertainment industry, but never a writer. Then one day when she was in her mid thirties she was going through what can only be described as an early 'midlife crisis' and ideas just started to come to her and she felt compelled to write them down. She finished her first book relatively quickly, but life got in the way and it took her eight years to revisit it and then publish her first novel. She can honestly say that now she is finally right where she wants to be.

JJ has been married to her college sweetheart (and romance novel hero) for twenty years and they reside in Casper, WY with their kids and one crazy mutt named Kreuger. She enjoys reading, writing, blogging, computing, and graphic design. She will try anything that will allow her creativity to be released.

TA Ellis is married to best selling romance Author JJ Ellis and is the father to five kids, four girls and one boy, ranging in age from 4-19. He holds a degree in Secondary Education from the University of Nevada, Las Vegas and has flirted with the idea of writing for years. He however did not expect to be writing romance as Sci-fi/horror/fantasy are more to his liking. But as a sounding board for his wife, he realized he had some good ideas and the team of JJ & TA Ellis was born.

TA lives in Casper, WY with his wife and kids and one crazy mutt named Kreuger. He enjoys reading, video games and grilling. He is excited to embark on this romance journey...after all, he's been happily married for twenty years.


WHERE TO BUY LOGAN'S LEAP: 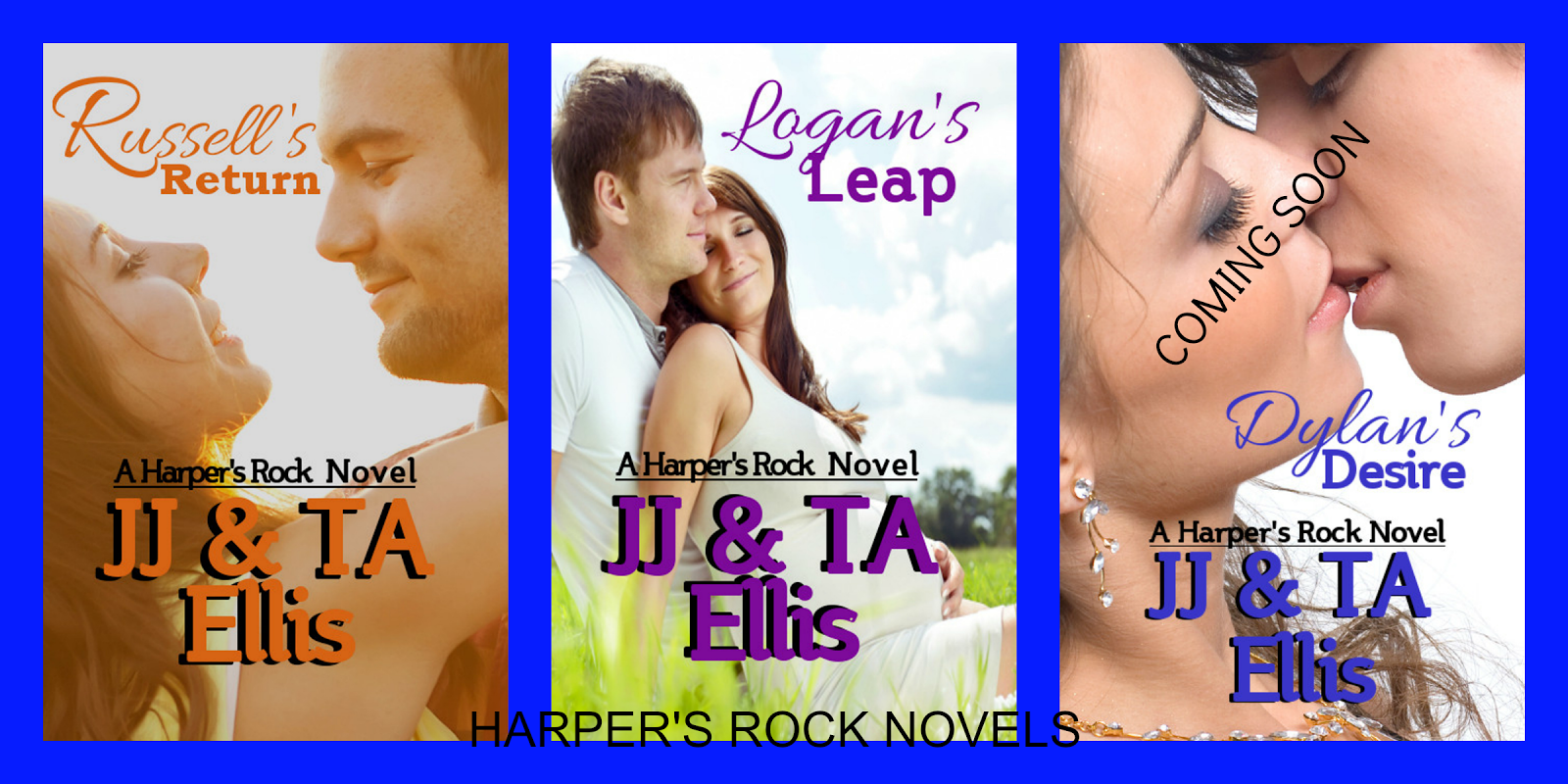 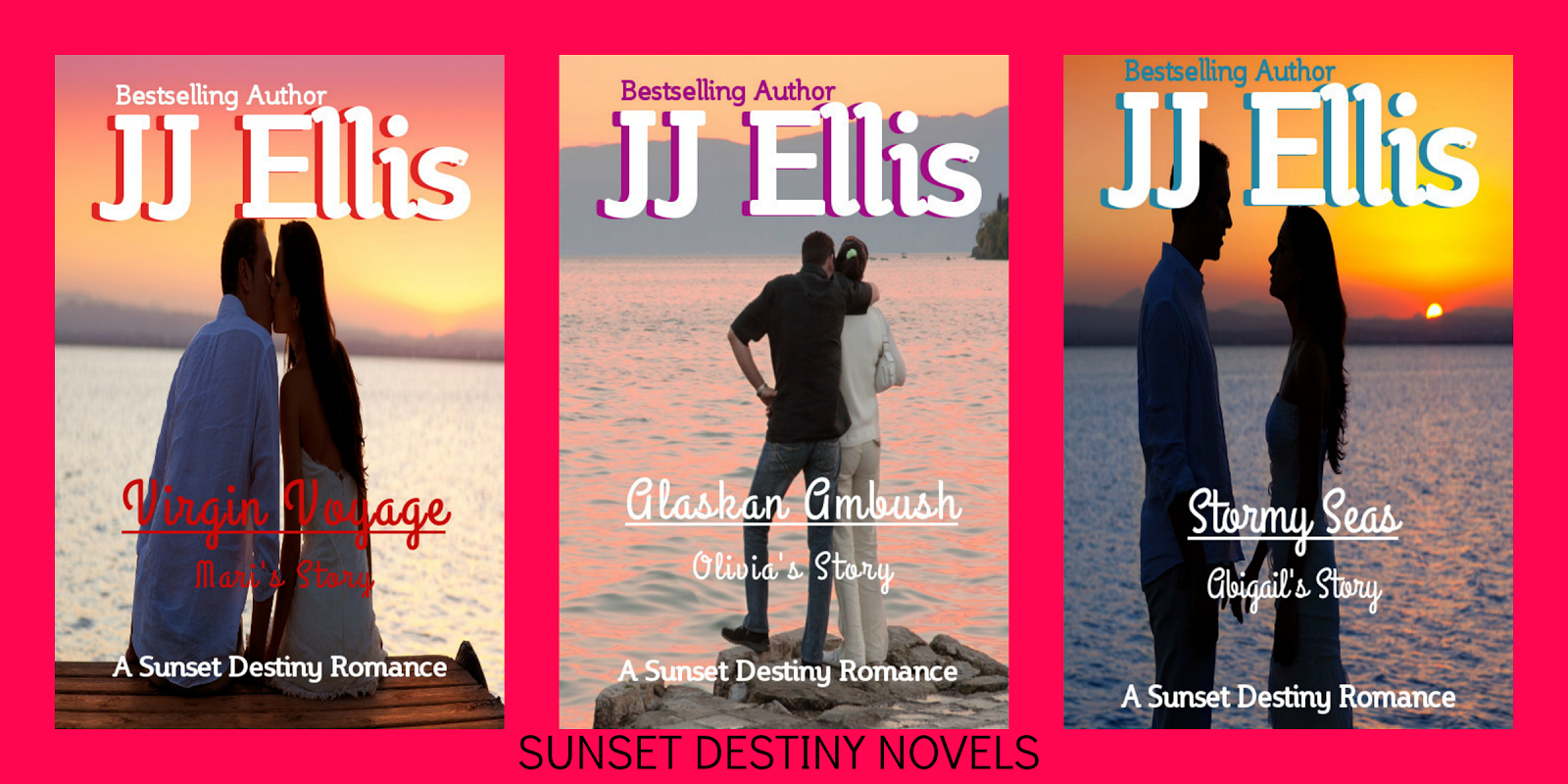 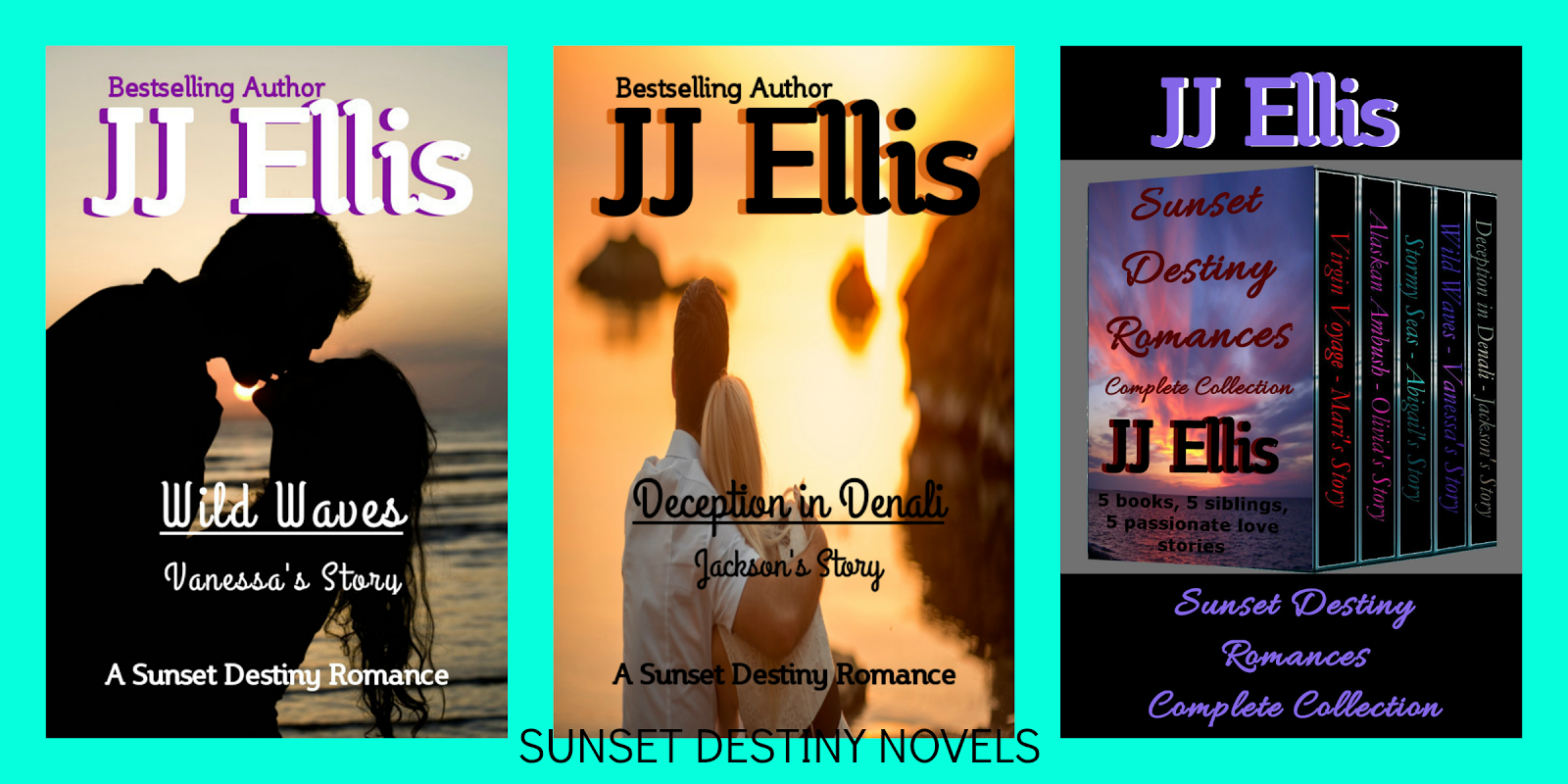