RELEASE BLITZ: Burning For Her Kiss by Sherri Hayes 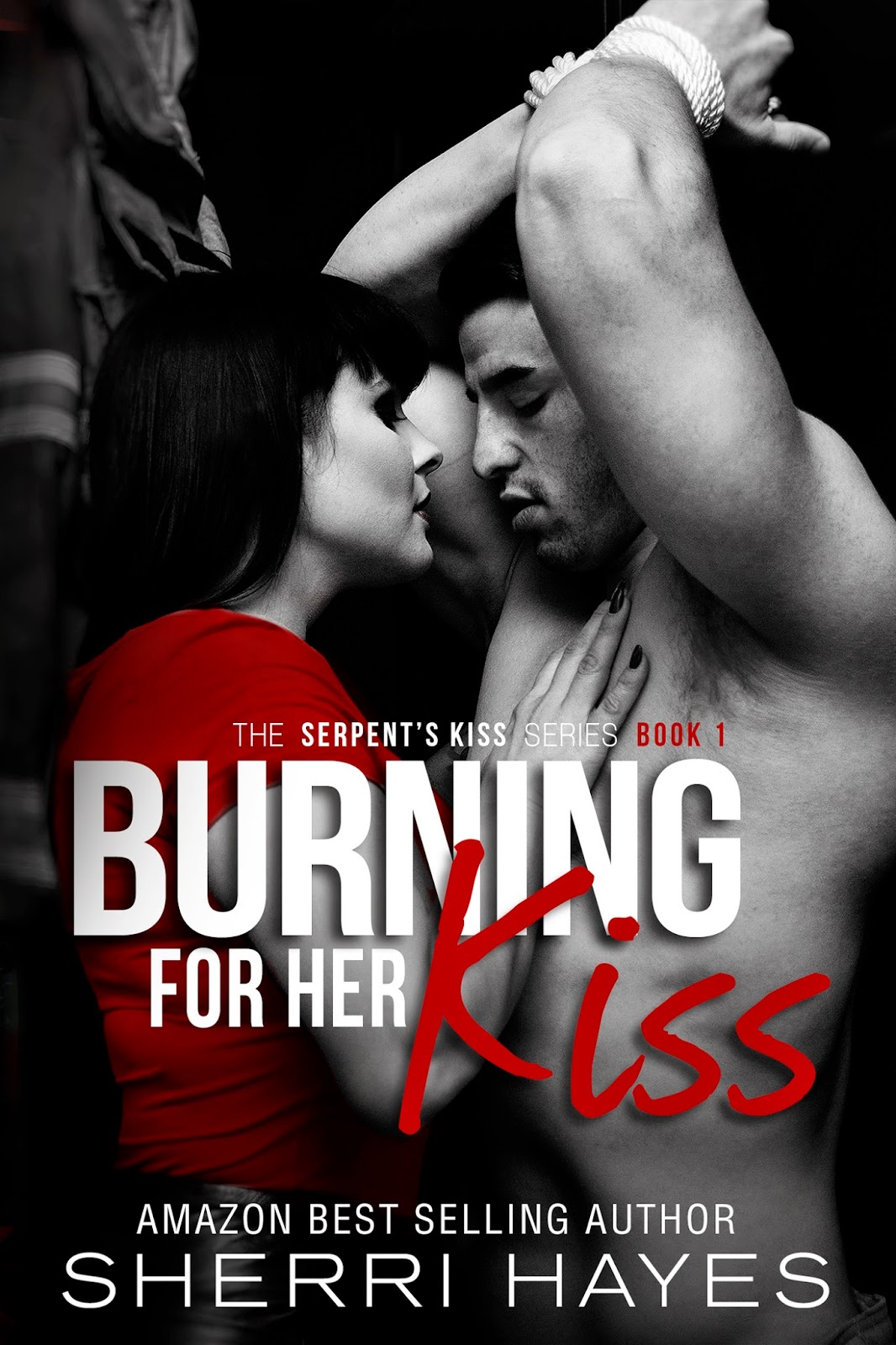 
Beth Davenport has no interest in getting involved with another man for the foreseeable future. To say her last relationship ended in disaster would be a colossal understatement. The only reason she agrees to put in an appearance at Serpent’s Kiss, a private kink club in downtown St. Louis, is because her best friend, Nicole, won’t quit nagging her. When she walks in the door that night, the last thing she expects to do is meet a man who will have her reconsidering her ban on men. 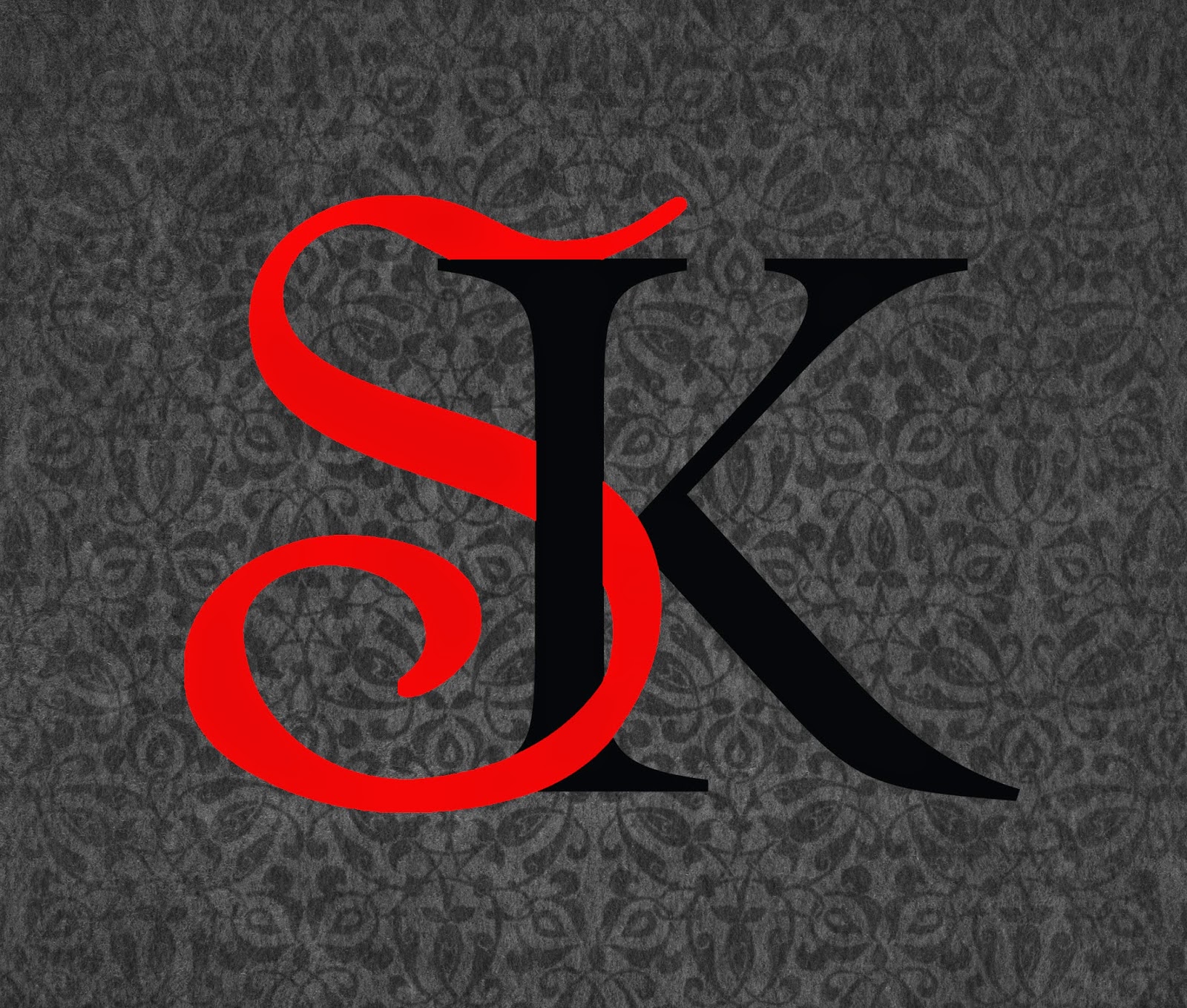 She plunged her tongue inside his mouth and took what she wanted. It was the hottest thing Drew could ever remember experiencing in his life.
The kiss didn’t last more than a minute or two, but it was long enough for him to know he wanted more. 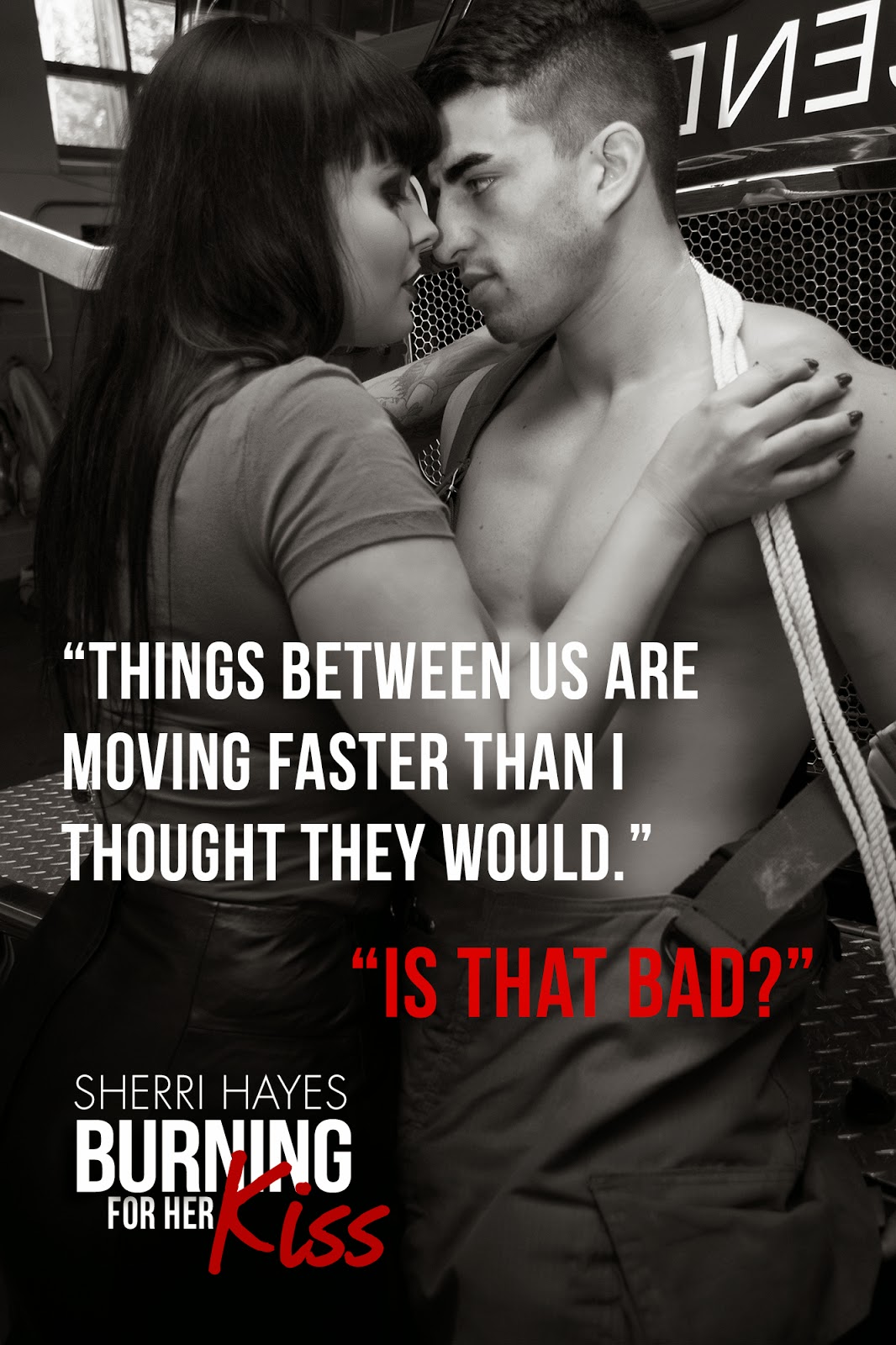 Beth rested her forehead against his. She was breathing just as hard as he was. Her chest was heaving up and down, brushing against his chest. Not to mention that she was still straddling his lap.
“Please tell me you want to do that again.”
She laughed. It was so nice to see her happy and carefree.
“Is that a yes?”
“Don’t get cocky on me now.” She ran a single finger down the side of his face and over his lower lip.
He closed his eyes, trying not to push.
“Open your eyes,” she whispered.
When he met her gaze, he noticed the amusement was gone. He was instantly on alert. “What’s wrong?”
Beth shook her head. “Nothing’s wrong. I’m just . . . considering my options.”
“Options about what?”
“You.”
“Oh.” He wasn’t sure he liked the fact that thinking over her options had banished the fun they’d be having.
Before he could formulate another question, she explained. “Things between us are moving faster than I thought they would.”
“Is that bad?” He needed to know. In his opinion, things between them weren’t moving fast enough.
She sighed. But Drew also noted that she hadn’t removed herself from his lap. That was good, wasn’t it?
“I don’t know. Maybe. Maybe not.”