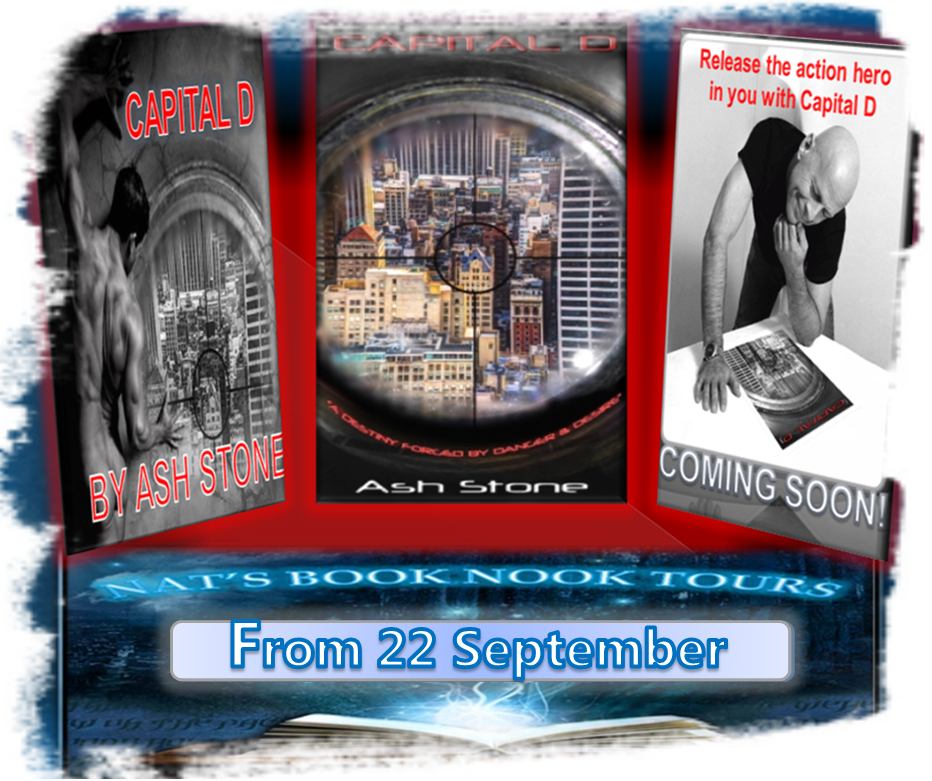 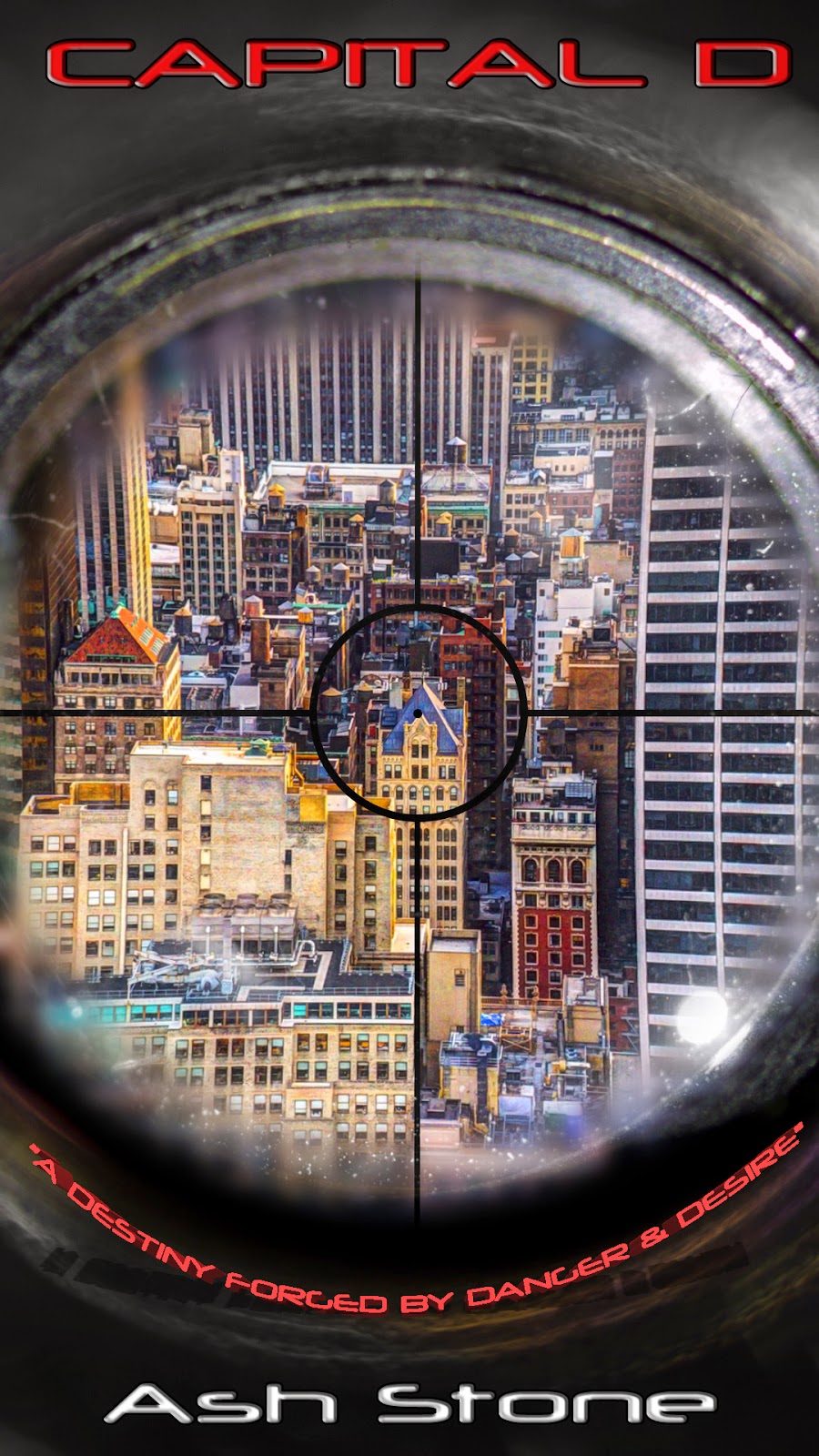 Silka Fontein was a typical rich little girl until she disappeared 15 years ago, right after her high school graduation after party. What happened to her? No one knows where she went to or why she had left so suddenly. Now, after all these years she returns home, different and completely changed, with secrets so deadly that everyone’s lives are in danger!
She reunites with Taber Blake, her childhood friend turned quintessential playboy.  As they fight their unexpected attraction for one another, a series of action packed events have them fighting for their lives.  It is then that Taber’s own lethal secrets are exposed in the process. Will their attraction be enough to survive the truth? 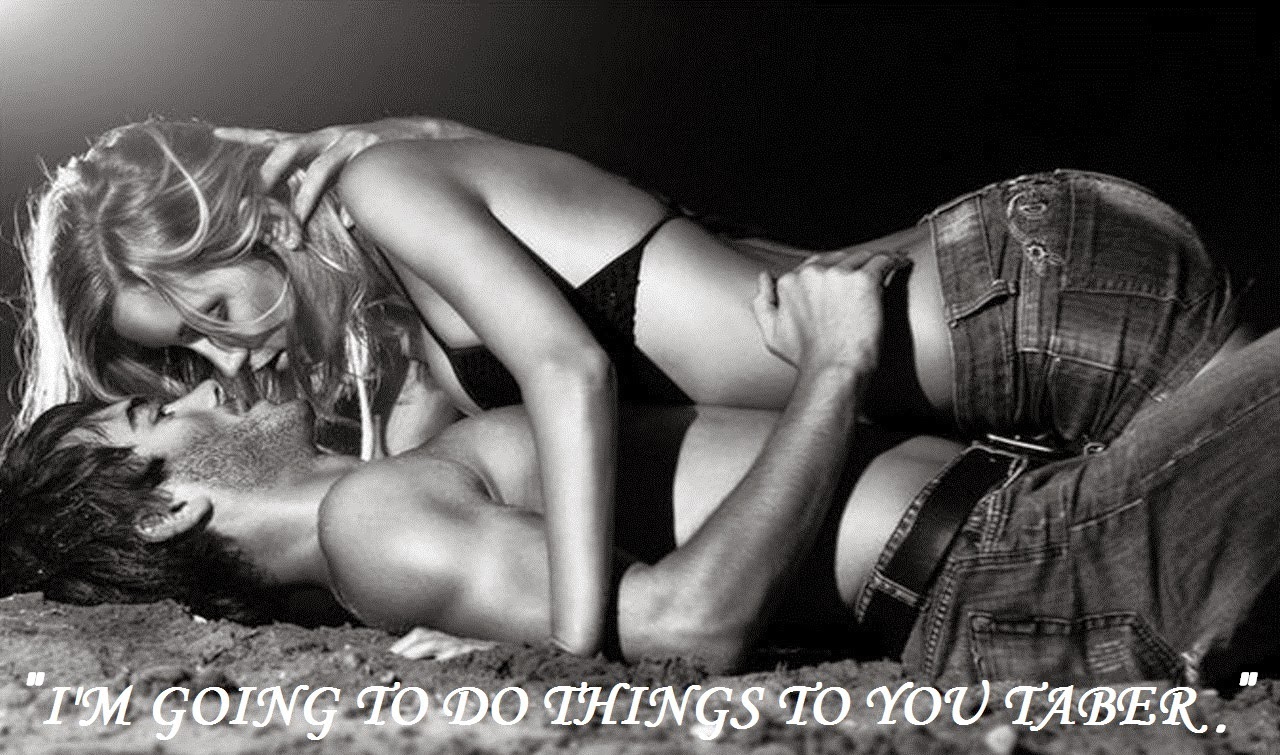 This mish-mash of action, adventure, comedy, romance, mystery, suspense and drama is spy thrilling, spine chilling read bound to keep you begging for more! Available in an Adult or PG rated version, you will have no reason not escape into their world and hearts.

When Ash Stone (pen name) was born she was cute, cuddly and blue! Fortunately by the time the journalists arrived to take photos her, she was no longer blue. She made headlines in the local papers for being the only Christmas baby to be born that day in Aliwal North (South Africa). That’s right! She is was born on Christmas Day 1974. Before you say  “Aw Shame”  and break out the tissues, please know that Ash is a Christmas Diva! She always gets her two presents or else!


She is the second eldest of four daughters to a mother who was an accountant. Her father was a high ranking police officer in the old Apartheid regime, meaning he sat behind a desk and drank tea all day. They moved around a lot whenever her father was promoted to a bigger desk with better tea. As a result Ash did not have many friends and found her escape in books. 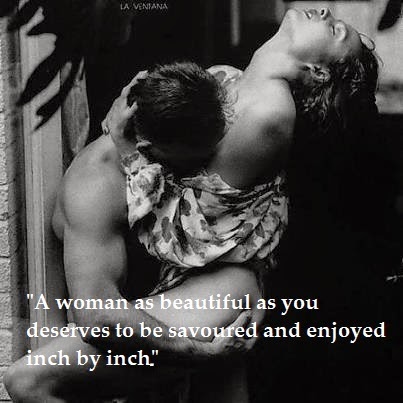 Ash’s first writing experience was when she had to write an essay to Toyota South Africa, in order to be chosen for their Toyota Edulink Program. She wrote a very detailed and motivational essay about how she was going to be the Managing Director of Toyota one day. After they undoubtedly had a good chuckle, Ash was chosen as the the only girl to represent all the Afrikaans schools in her province. She went on to be chosen for the Toyota Junior Achievement Programme and became the Managing Director of the company they had set up. The company made a profit and naturally Ash was tickled pink! Ash was chosen to remain in the Toyota Edulink Program for a total of three years. Whilst in her final year at school she also joined another program and studied Journalism and Drama at the Westville University.
After graduating high school, Ash went to study Business and Marketing Management as inspired by her father who had left the police force long ago and started his own property investment firm. Being a typical rebel, rather than joining the corporate world afterwards, Ash became a vegetarian hippie instead and went into a gardening/ nursery business with her mom. The irony of a vegetarian plant lover is still lost on her to this day.
Even though Ash never became the Managing Director of Toyota South Africa, she had enjoyed success in every aspect of her life. She is an award winning Horticulturist and won another award for a display when she represented South Africa in the 2000 Amsterdam Hortifair.
Among her many occupations,  Ash was more notedly the Purchasing Manager for McDonald’s Asia, Pacific, Middle East and Africa region. These days she is not a high flying corporate Exec or a vegetarian hippie, but internal sales at a local Mining supplier during the day. At night, she runs her own blog tour company, is an Admin of the Author Association ASMSG, a Guild Reviewer, a book blogger and self confessed Facebook addict.

She lives in Alberton with her childhood-friend-turned-husband and their two sons where she enjoys breaking all the rules with her writing. The eternal rebel loves to connect with her fans (or “Stoneys!” as she calls them). So, go on you rebel you!

Consult the Author’s website for the PG rated version or to download the format for your eReader if it is not available in the digital bookstores below:

On her way to work, she noticed a very glamorous looking coffee place. How convenient, she thought as she entered and stood in line. In front of her there was a queue of about seven people. They all looked like young corporate types and portrayed the impatience and self-importance typical of their generation. Part of her was glad to be back in civilization. The last time she had been here, she had spent a night with her parents en route to the new job. There was no time for ‘meets and greets’ or any reunions back then.
"You're not stalking me, are you?" Behind her Tay managed to surprise her yet again, but it only took a breath for her to regain her composure.
"Hardly, I work across the street, so that leaves the stalking title to you," she replied slowly and calmly without looking at him.
She could feel the enjoyment emanating from him as his warm, minty breath caressed her cheek. His fragrance turned her on. He was leaning into her making every follicle in her body respond. There was an electric chemistry she felt just by his presence. It delighted her and excited her like nothing before.
"I've gotten my morning coffee here every day before work for the last ten years," he responded way too pleased with himself. 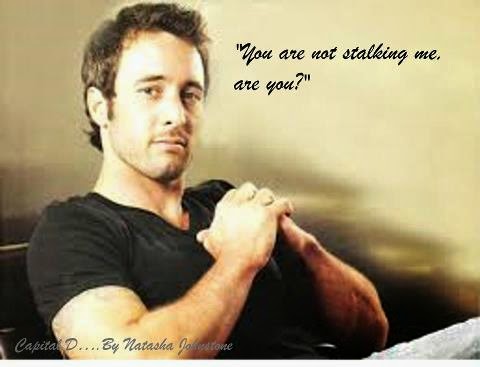 "Good thing we are not dogs, or we'd be marking our territories right now," she quipped back with a smile on her face.
Amused by her response, he offered his solution.
"Or we could start a new tradition and have coffee together every day before work.”
"Next!!" A shout came from behind the counter. A young lady with way too much make up on stood there waiting for Silka's order.
"I'll have a regular coffee, please," Silka pointed to the menu.
"And I shall have a Latte along with that," Tay duly informed the clerk and threw a bill of an impressive denomination on the counter as he positioned himself next to Silka.
After she gave them their coffees, he took Silka by the hand. "Please sit and have your coffee with me?" he implored her with a look of anticipation normally seen on a kid about to receive his birthday present.
He wore a dark suit and blue collar shirt with a matching tie. His tidy hair, clean shaven face and that suit made him look like a million bucks. Bloody hell he was Godly.  He was by far the most striking man she had ever seen. His looks made her heart contract, let alone her uterus.
“Five minutes!” She raised her eyebrows sternly, but then smiled. She followed him to a table in the far corner. Taber pulled out a chair for her. She took a seat and leaned back with her coffee in one hand.
Sitting opposite her around the very small, square table he couldn't help but stare at her. How had he not recognized her? How had he never noticed how stunningly beautiful she was? More importantly where had she been? His mind flooded with questions. What had happened to her in the last fifteen years? Who had happened to her most of all? She had a maturity about her which was way beyond her youthful looks.
She sat looking at him, gently sipping her coffee, smiling slightly and slowly blinking. She had always been confident, but he had never thought of that confidence as being sexy. To him her confidence was arrogance when he was young. Since he had become an adult he realized how wrong he had been. The caliber of women he dated was far from confident, trusting or loyal. They were insecure, jealous, whiney, clingy little girls that loved him only as long as his credit cards were at their disposal.
Which reminded him: "How did you get Amber so spot on? She was highly impressed with you."
Silka gave a huge grin.
"I had my fair share of gold diggers. Amber will be anything and everything you want her to be, until the day you marry her. That is when you will see her true colors." She suddenly realized that this was nothing new to him, although he looked as if he had just discovered a turd in his coffee. He leaned back in his chair.
"What have you been up to all these years?" he asked boldly.
"Why don't you tell me about your side first?" she requested looking as if she could melt a polar ice cap.
"Fine. Graduated high school, obviously, fulfilled other obligations, spent a gap year traveling the world, finished university and then went to work for my dad. Spill it!" he shot a challenging look back at her as he turned the tables.
"Love to, but I am running late for work," she said glancing at her watch.  He paused for a second.
"Very well," he smiled smoothly. As they stood up, he followed her towards the door. "Same time tomorrow?" he asked.
"Only if I get the next round. Thank you for the coffee."
"Not a problem," he said as they stepped onto the pavement. For a moment they stood there staring at each other. She smiled suddenly, and turned to cross the road.
"Bye, Tay."
"Bye, Silly," he yelled back. Sure enough he stood there watching her glide into the building across the street.
Climbing into the back of his chauffeur driven car, Taber wondered if she had taken offense at the mention of the name he used to pull out of the box regularly to rile her up.  It got her every time.
Silka used to hate being called Silly. She hadn't heard that name in ages. It used to make her angry, but hearing it out of his gorgeous mouth today made her smile. His mouth was all she could think of as she headed out the elevator, into the parking garage, and drove out to the place she really worked at, in the outskirts of town, in a car that was not really hers, no less. 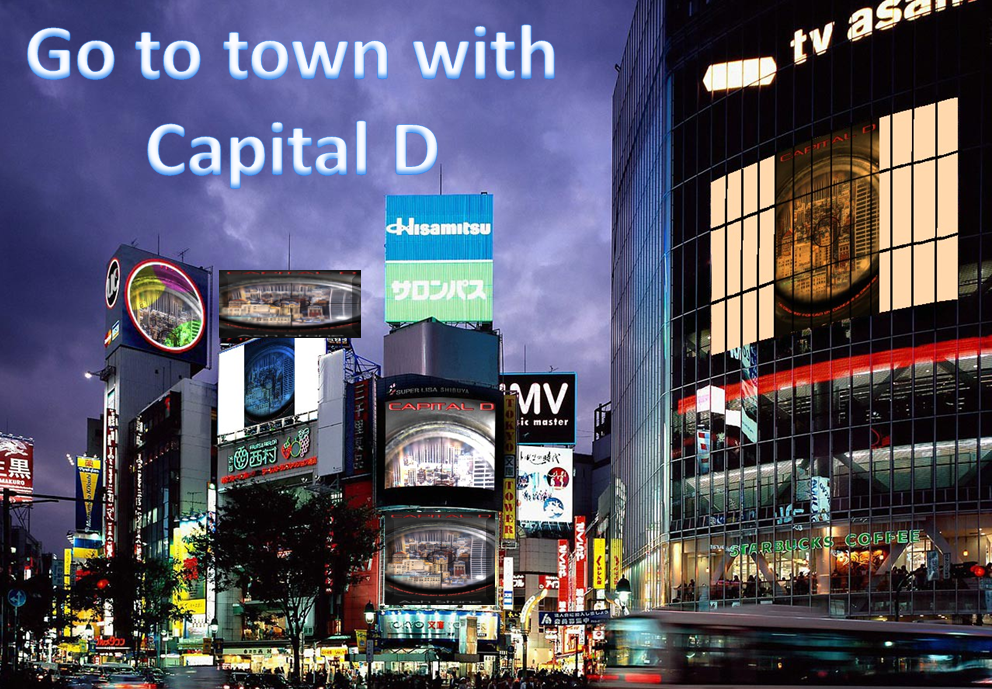