for
Eight Days a Week
by Amber Johnson 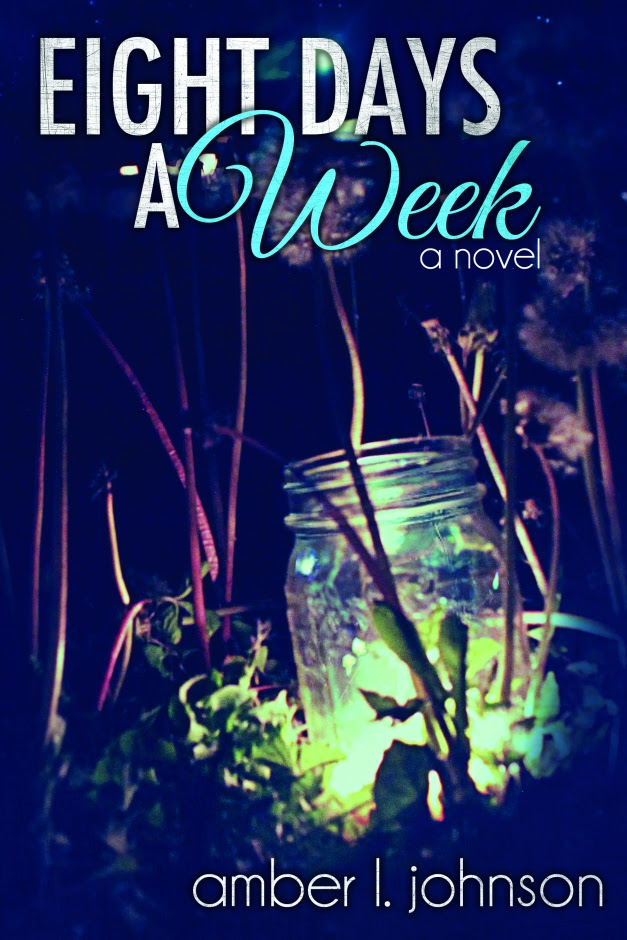 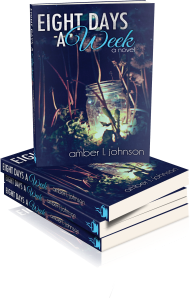 Andrew Lyons has been running from responsibility his entire life. Returning home after a couple of years abroad, he finds himself jobless and living in close quarters with a sister he can barely tolerate. At her request, he searches for a job on Craigslist, but finds a room for rent instead. Or so he thinks. Gwen Stone is in a lurch. With a new promotion at work and two young children at home, she’s in dire need of a caretaker. When Andrew shows up on her doorstep, she thinks he may be exactly what she’s looking for. When she offers him the job, he’s more than interested and she’s confident she’s made the right choice. It shouldn’t be awkward at all. But Andrew isn’t exactly forthcoming about his intentions, and Gwen has some secrets she’s unwilling to share. When the mom and the “manny” don’t have a clue what they’re doing, things are bound to get messy. What do you get with two kids who don’t know how to be kids, a man who never grew up, Beatles Rock Band, and hundreds of hours of kids’ TV? A very interesting job, indeed. But when emotions get in the way, there's more at stake than just an occupation. Because life doesn't have clock-out button. And neither does love. 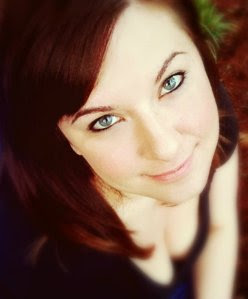 Amber is a full-time mom and a full-time wife who is employed full time and writes when she can. She believes in Happily Ever Afters that occur every day—despite the obstacles real life serves up on a regular basis. Or perhaps they’re sweeter simply because of them. She always has two rubber bands on her wrist, a song in her head, and too much creamer in her coffee cup that reads ‘Cocoa,’ because she’s a rebel. If she’s not at her desk, with her boys, or behind the computer, she’s supporting live music with her arms raised above her head and her eyes closed, waiting for the drop.