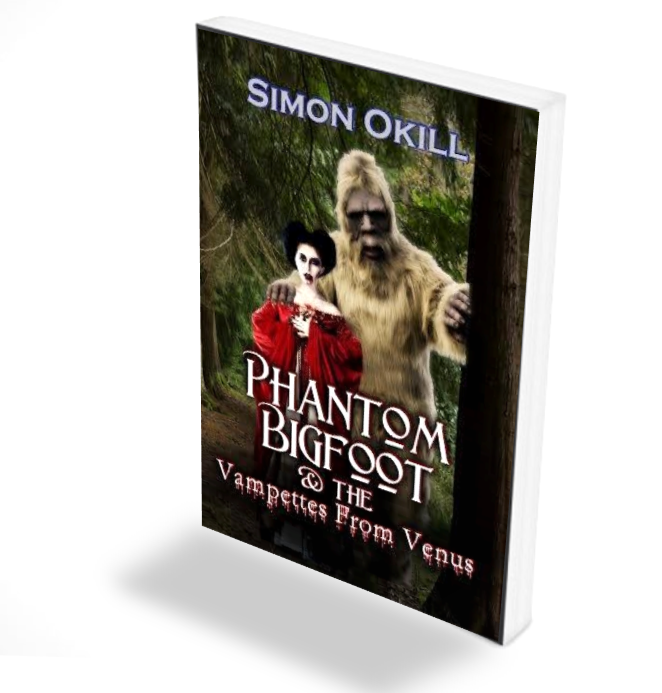 Welcome to Big Beaver, home of Duane Dexter aka Phantom Bigfoot. Teen superhero, Duane, must get Sheriff Lou and Agent Virgil hitched on orders of the alien Elders. Simple enough! But not for Phantom Bigfoot and Guardian of the forest, who manages to screw things up just when he least expects it.

And when he least expects it, Duane is rendered helpless as a new menace invades Big Beaver in the shape of a punk band - The Vampettes from Venus. It soon transpires these Vampettes are not your ordinary gals from outa town. Duane and his close friend, MB, know space vampires when they see them.

So Phantom Bigfoot with his trusty sidekick, MB, fight these insidious vampires head on in a free-for-all, no-holds-barred struggle. Will Duane save the day yet again or will these sexy Vampettes drink Big Beaver dry? 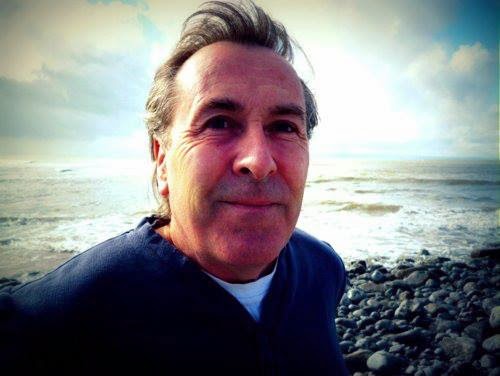 Paranormal author Simon Okill lives in a South Wales coastal town with his wife where he is currently writing about the crazy adventures of Phantom Bigfoot and his tribe of Bigfoot Babes. Phantom Bigfoot & The Vampettes from Venus is book #2 of his YA adventure series, Phantom Bigfoot Series, to be followed by Phantom Bigfoot & The Haunted House. Book #1 is already out there - Phantom Bigfoot Strikes Again. Simon has also written two other books, all available on Amazon - Luna Sanguis and Luna Aeturnus, dark Gothic romance set in France 1925 as well as several screenplays.

Moments later Duane and MB tried the front door of the Bruger house. Of course it was locked. They hammered at the door.
Duane turned around sensing trouble and wished he hadn’t. Hovering a few feet above MB like a giant red bat was that raven-haired Vampette with the freaky hairdo, mouth open wide, tongue licking large fangs.
“I am Vampirella. I care not for neither of you fellas,” the Vampette sang her words like that punk rocker Sid Vicious, screeching out the syllables with a high-pitched hiss.
What did she mean she cared not for neither of them? His sixth sense told him she didn’t want their blood because they weren’t virgins. Did that mean they were safe from the Vampette’s fangs? Yeah it would seem so, Duane hoped.
“From somewhere within the deep, you cannot resist the need to sleep,” Vampirella screeched her song.
Duane cautioned himself to be wary. Her singing had made him feel a little hazy. The Vampette was obviously using some kind of insidious mind control on them with her lyrics.
The Vampette drifted towards Duane on her red cape wings and stopped less than a few inches from him, her fangs just a millimeter from his bare neck. Duane’s stomach gurgled with fear but strangely enough he didn’t feel like barfing. He stood his ground.
“Chosen by The Elders you have been. The Guardian of the forest I have seen,” Vampirella sang harshly.
“Go to hell!” Duane said, glancing at MB cowering behind him for protection.
“What does she mean by The Guardian of the forest?” MB asked as if those might be his last words.
Vampirella didn’t reply. She cocked her head then sang, “Vermillia … Venusa … Vixenella … come join me.”
The other three punk Vampettes floated down from the roof under their red cape wings and landed silently before Duane and MB.
“Beau is pure, Beau is sweet, he is our lure, he is our treat,” Vampirella and the other three Vampettes sang like demented sirens.
Duane and MB backed up to the front door and hammered to be let in, both shouting, “Let us in for fuck’s sake. Let us in!”

How long have you been writing, and do you feel you've grown as a writer in that time?

Good question Rachel. It’s been a long hard slog to say the least. I first started out writing screenplays way back in 2001. I didn’t even have a computer back then, just a word processor thingy, like an electronic typewriter. My wife wrote with me and we thought up this idea of a sexy female scientist who invents a time machine so she can investigate famous historical events. This caught the attention of film producers who requested 22 episodes. So far so good. Not so good was the producers went belly up and without funding there would be no TV series. That was in 2005.
What to do? So we bought a computer and uploaded Microsoft Word and started converting each episode into a novel. One episode was the myth of Bigfoot and why no one could find them - I Married A Bigfoot Babe. Slowly over the years this evolved into the creature you now have before you - Phantom Bigfoot Series with 3 books.
It has taken a mammoth journey full of rejections and upsets to get this far. Our struggle has made us stronger and more resilient to the battalion of trolls just itching to trip you up. I must say I have learnt so much as a writer, but the most important lesson is to believe in yourself and never give up.

What are some of the hard-earned lessons you've learned along the way?

Writing novels costs a lot of money - a lot! Computers aren’t cheap and neither is the necessary software. Time is also a commodity difficult to divvy up. But with determination it is possible and as Stephen King once said - TV is the death of all writers. For every hour watching TV you could be writing the next bestseller. One particular lesson that I must admit I failed to adhere to just the one time - never reply to a troll - never! I got 2* and her review was all wrong as if she hadn’t read the book properly. I tried to explain where she had gone wrong and BANG! She changed it to 1*. Hohum! 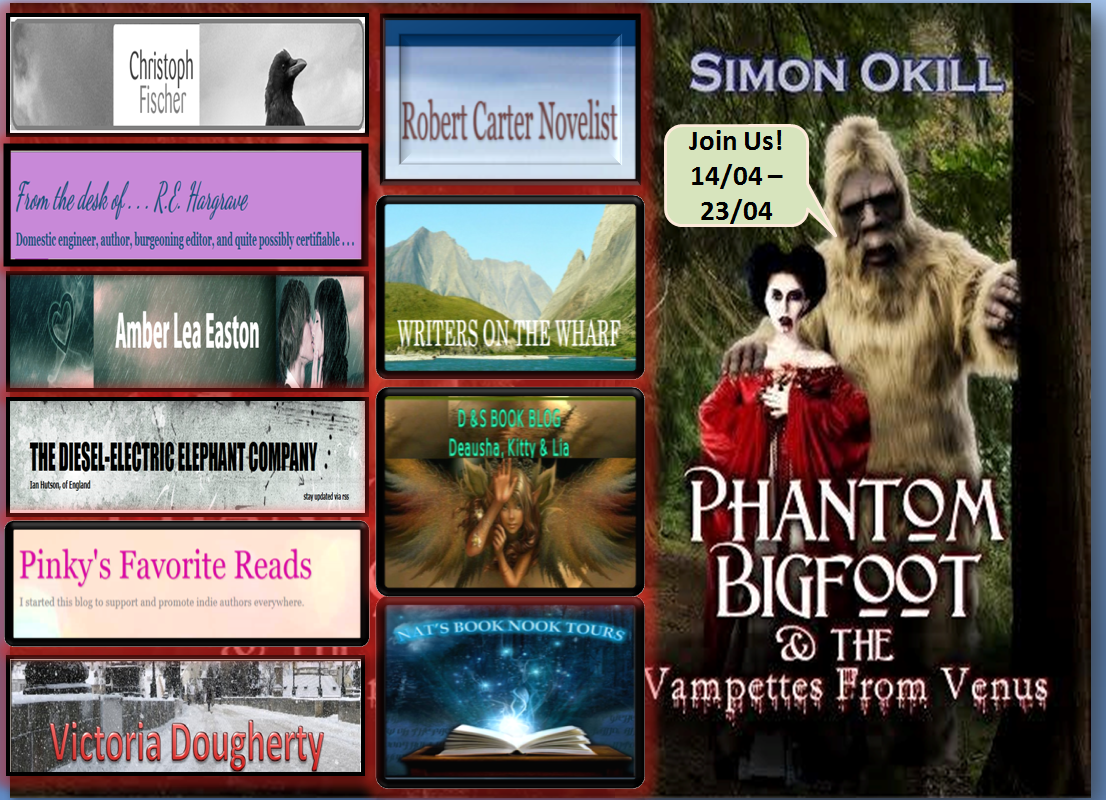