Dylan Prescott is a man who knows what he wants and will stop at nothing to keep the woman he loves safe. Living a privileged life has afforded the Prescott family many luxuries--until one of the family's deepest, darkest secrets is revealed.
Alone and fighting for his life in a Russian hospital, Dylan realizes he is in way over his head. Unsure of how to sever his ties with those who are most corrupt, he begins plotting a new way to help people and finally become the man he knew he was always destined to be.
Brooke Prescott has been missing for nine months. Unsure of who--or where-- she is, she must fight to remember and find her way back to those who love her the most.
Will Brooke remember Dylan, or have recent events changed her so much that she will walk away and never look back? Or can Dylan be strong enough for the both of them? Can he learn to be the driving force to their redemption?
"They say if you get a second chance in life, you should take it. Sometimes that is easier said than done, especially when you’re the one that has caused all the pain."

Women.  What was it with them always trying to fix their friends up with men they knew nothing about?  I came to the conclusion, that I would never understand.

Now, Stephanie, that was a woman after my own heart.  She didn't play that bullshit game.  You always knew exactly where you stood with her, and that was usually right on my cock.  The first time I fucked her, I knew I'd met my soulmate.  I loved a woman that knew how to take control in the bedroom, and one that knew when it was my turn.
I enjoyed tying to her my bed, but I equally enjoyed it when she did it back.  And that night with the vibrator...well...it was fucking hot!  My favorite though, was when she let me watch her with another woman. Holy shit!  I had never seen anything more beautiful in my life.  The way they caressed each other's bodies, while tongue kissing each other, made my cock harder than it'd ever been. 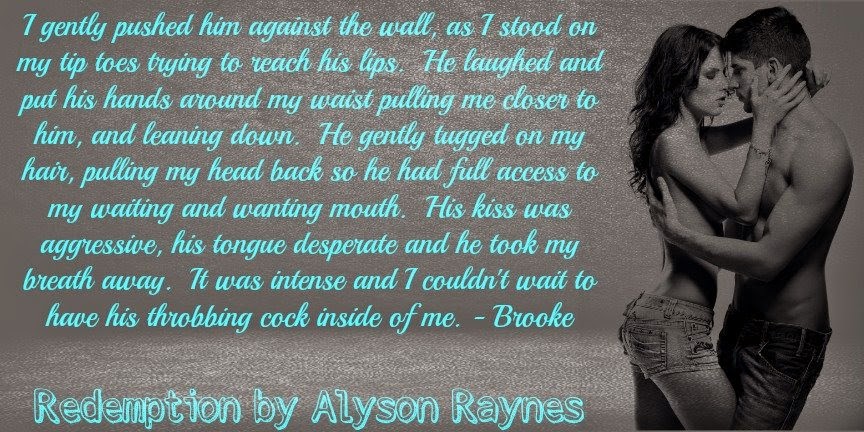 Alyson enjoys bringing characters to life and has been writing since she was a little girl. Her first published book was in elementary school where it was put on display in the library for others to read. Alyson’s love for books is what compels her to write and create new worlds of her own for others to enjoy. She enjoys writing everything from erotica to suspense thrillers. Fixer of Deceit is the first book in the Fixer Series, which is both an erotic romance and suspense thriller. A Colorado native, Alyson loves to travel. She has visited Ireland, Mexico and most of the United States. Her favorite vacation hideaway is Hawaii. She has a love for the ocean and enjoys swimming with sea turtles in the wild. Alyson is a former accountant who has traded in her abacus for a full-time writing career.

She has been happily married for twenty-one years to her high school sweetheart and is the proud mother of two. Her love of quilting keeps her busy in the winter months when she isn’t writing. Alyson’s favorite past time is spending time with her family, watching football and laughing together.