Erin froze, her eyes landing on an ivory, strapless gown sat on a dress form in the corner. Though it wasn’t quite finished, it was understated in its simplicity and she was drawn to it. 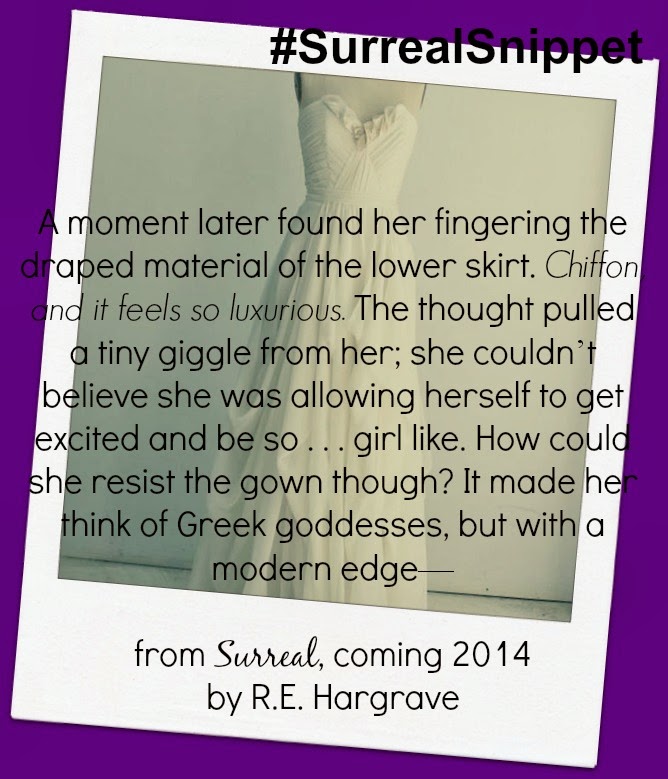 —the sharp points of the bodice edge and the angular ruching over the torso gave it a corset look. Stepping back to take more of the dress in, it was just dawning on her that the gown looked about her size when a bustle of activity erupted behind her.

“Hello, hello, hello,” greeted London on a grand entrance. “I’ll be with you momentarily, my darlings. Let me put my things down and grab the designs—”

“I have them here, Miss. Let me take your bag,” Diane stood by ready to swap with London.

“Aha, wonderful. Remind me to give you a raise, Diane. Paige, Erin, lovely to see you again. And who is this?” London turned her attention to Jillian.

“This is my fiancé’s mother, Jillian Masterson. She’s up visiting from Sweetwater. Jillian, this is London Tanner.” Erin introduced the women and watched them eye one another up and rolled her eyes; she’d never understand high society. “I love the dress you’re working on in the corner, London. Is it for a customer?” Maybe a distraction could move this along.

London tossed her head back and laughed. “Aren’t you an observant little thing? In fact, it is, but we’ll talk more on that later. First, I’ve got some amazing ideas for your dress ensemble, Paige . . .”

Erin let London’s voice fade into the background. Learning that the dress was spoken for caused an unexpected sadness and disappointment to hit her like a ton of bricks. Even so, she turned her head to look at it again, and sighed. The longer she looked, the more convinced she was that it was her size. If only she’d known what she wanted when she’d come with Paige last time, Erin could’ve put a bid in with London. Now some other bride would be wearing her perfect dress.