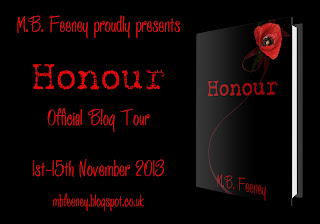 The world is filled with people destined to help and to serve. Doctors, nurses, police, and firefighters—each and every day, these special people work to help others in times of need. Often, this means putting their own lives at risk in order to do their jobs. They give of themselves to benefit society, and they do it without any expectation of thanks.
And then there is the military…
These are the men and women who don’t head home to their families and safe homes to relax at the end of a shift. They are on the front lines, far from home and often fighting someone else’s battles because it is the right thing to do. Military families struggle to cope with the constant worry and the long periods of separation, staying strong to support those who serve in everything they do, and often are left to pick up the pieces when the highest price is paid.
Servicemen and women are heroes in the purest sense of the word. Even when the world’s gone mad and their hearts are breaking, one thing remains unchanged.
They have honour. 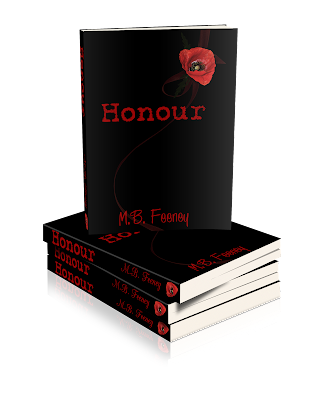 All his life, his mother had been there for him, gently pushing him to do his very best and allowing him the opportunity to make his own decisions, even when they led him on a path she wouldn’t have chosen for him. When he’d told his parents at age sixteen that he wanted to enlist in the Army, they supported him. The one thing they asked of him was that he finished his education up to A-Levels before he enlisted. They did try to talk him into going to college for a couple of years also, but he insisted that he would get better qualifications and experience once he was a soldier. As agreed, on the day that he received his exam results, his dad drove him to the Army Careers Office to begin his journey.
“I’m so proud of you, son,” his mother whispered into his ear while clutching him in a tight embrace. “Never, ever forget that.”
“Thanks, Mum. I know you are. I love you.”

(Taken from the story Letters to No One)

And now for a special guest post from M.B. Feeney!
In Honour of hosting you on Veteran's Day,
what made you decide to do a compilation of military-themed stories?
Was there a personal reason for it?

Firstly, please let me thank you for hosting me as part of the tour. Honour is quite a personal book and I am nervous and excited for people to read it.

When I was 11, my dad left the army after being in the British Army for 22 years. Up until then, I had lived in flats/houses surrounded by other army families, gone to school with army brats such as myself, and we moved house a lot.

It never really felt different to me as I was in the process of moving from primary to secondary school, but I soon began to notice the difference in our lives in general.

Dad wasn’t the only member of my family who was in the army. My uncles, cousins, grandfather, his father, and so on were in the army also throughout the years. Currently, I have a cousin on his second tour of Afghanistan. So yeah, my family has a huge and long military background.

As I’ve grown older and begun to understand more the role of servicemen and women not just in the UK, but around the world, my respect for them has grown and grown. I now realise that they are most likely the most selfless people I have ever met, particularly in times of war. How many people do you know who put their own lives on the line for another country and its people?

The idea behind from the compilation came from a friend during a phonecall. I had already written a couple of the shorts in the anthology, and wasn’t sure what to do with them. Some of them began life as fanfiction stories, but I didn’t want to leave them sitting online with no one reading them. My friend suggested I create a compilation of my short stories, and I ignored her at first. The idea festered in the back of my mind for quite a long time. It wasn’t until I started writing one of the short multi chapters that is part of the collection and had considered publishing as a short ebook that the original conversation about a compilation was remembered.

The idea of the military theme came about purely because I’d already had stories with this theme either written or started. Also, I wanted to show my pride and respect for those who devote their lives to helping others in this way.

I have tried to mix up the stories a little so they aren’t too similar to each other and I truly hope people enjoy them all. 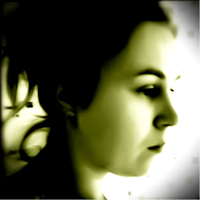 M. B. Feeney is an army brat who finally settled down in Birmingham, UK with her other half, two kids and a dog.  Currently at university studying for her BA (Hons) in primary teaching, she procrastinates on her assignments by listening to music of all genres and trying to get ‘just one more paragraph’ written on whichever WIP is open. She is also a serious doodler and chocoholic.  Writing has been her one true love ever since she could spell, and publishing is the final culmination of her hard work and ambition.
Her publishing career began with two novellas, and she currently has a novel under way whilst Honour, a compilation of her own military based shorts, is due for release 1st November 2013. Always having something on the go can often lead to block which eventually gets dissolved by good music and an even better book. 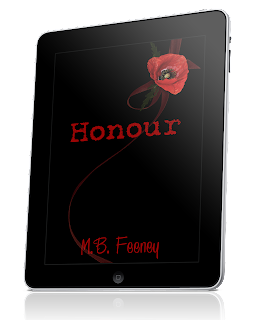