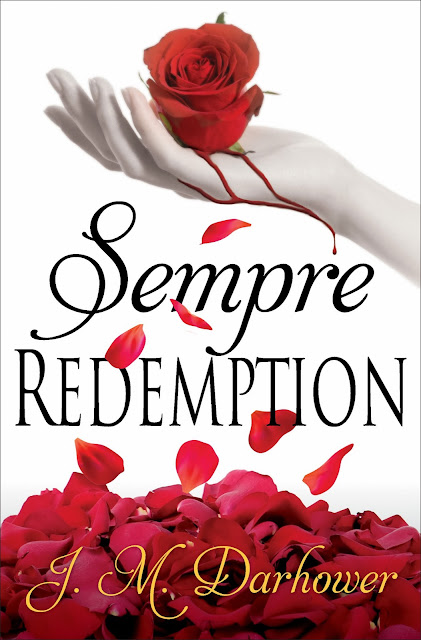 In this thrilling and sexy follow-up to Sempre (which is re-releasing on November 25, 2013), two young lovers struggle to keep their relationship intact after they become deeply enmeshed in the dangerous mafia-run crime ring they once tried to overthrow.

Haven Antonelli and Carmine DeMarco have been through a lot. Haven was taken in by Carmine’s father, and with his family’s help, she escaped a gruesome fate. However, saving Haven from the dark intentions of a mafia family cost Carmine a steep price: he was forced to swear loyalty to them.

Now, still passionately in love, Carmine and Haven must face the fall-out of Carmine’s forced service, as Haven discovers terrifying secrets about the family that enslaved both her and her mother—and why she matters so much in this intricate web of lies.

JM Darhower is the author of countless stories and poems, most of which only she has ever read. She lives in a tiny town in rural North Carolina, where she churns out more words than will ever see the light of day. She has a deep passion for politics and speaking out against human trafficking, and when she isn't writing (or fangirling about books) she's usually ranting about those things.

Chronic crimper with a vulgar mouth, she admits to having a Twitter addiction. You can usually always find her there.


Simon & Schuster I Amazon Kindle I iTunes I B&N Nook