Please help me in welcoming Drew Avera to the blog today to discuss his book
Dead Planet: Exodus and answer some of my random questions! 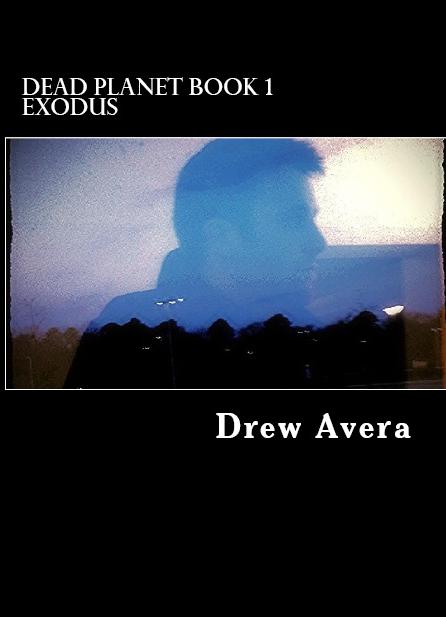 Synopsis:
For twenty five hundred years the civilization on Mars has been ruled by the Syndicate, an organization run by the top one percent. Every need and desire of the average citizen has been fed by the machine in return for a lifetime of obedience. What happens when the profit margins fall and the people become a burden to the pockets of the Syndicate? What happens when their plans to exile their citizens to a certain death is revealed? This is the story of a man named Serus Blackwell who has a job to do. Serus is a policeman who works for the Agency, but it isn’t what you think. Can he protect his sister, Kara, before the Agency kills her, or will the programming he received from the Agency override his emotions and condemn Kara to the same fate as the rest of the planet?

Pain was my only friend in this dark laboratory. This labyrinth of hell has held me captive for the last two months. It wasn’t bad at first, mostly physical exertion to the point of exhaustion. I had endured that kind of training growing up playing sports, but this new part of my training was something else entirely. ‘The human mind can only endure so much torture,’ at least that is what they told me coming into this. I wish I had volunteered, at least then I wouldn’t feel as if I were a prisoner being tortured by my guards.
“Dr. Roblin, how is Prospect Blackwell holding up?” the man in a black Agency uniform said as he walked through the door. I could not see his face but I had heard his voice before, come to think of it I had heard his voice several times throughout my time here. Wherever ‘here’ is, I’m not sure.
“He is physically a perfect candidate, Agent Gentry. I must confess that I am concerned with his mental capabilities though,” the doctor talked about me like I was a caged animal, unable to think on my own.
“What capabilities would that be, Dr?” There was an air of concern in the agent’s voice, though I’m not sure why. I would think that the idea of someone who is willing to put up a fight would be an attribute worthy of a member of the Agency.
“He is not responding well to the reprogramming. Each time we show him a picture of you he becomes discontent, almost as if he is remembering what you did to his father,” Dr. Roblin said. Just the mention of my father brought me back to remembering what had happened. I can only see it in short spans of time, my father dead in the street, Kara crying in my arms, flashing lights surrounding the scene, and finally his face, the man who murdered my father.


There is currently a Goodreads giveaway open to US residents running through June 15, 2013 for Dead Planet.
ENTER TO WIN HERE

Also, Mr. Avera will be celebrating Father's Day by offering Dead Planet at no cost on Amazon.

1. Do you wear boxers or briefs? Boxer briefs, the best of both worlds.

2. What's your bad quality? Easily irritable, or compulsive, or just a general bad attitude in certain situations where stress is involved...or an inability to define that single bad trait.

3. Why isn't the number 11 pronounced as onety one? Because someone dropped the ball on a great opportunity.

4. What kind of music do you like? I like hard rock, it has an edge without being obnoxious. It seems like metalmusic nowadays is about how low they can play and how badly they can distort their voice into something you can't understand. I grew up with Metallica and Megadeth, so that's what I love. When writing though I pick music like Chevelle or Breaking Benjamin because it suites my mood when writing. Sometimes I listen to soundtrack scores to films. The soundtrack for Titanic is not one of them though.

5. Are you a morning person or a night person? Morning, or until the first stressful thing disrupts my day.

6. What is the craziest thing you've ever done? Joined the Navy, reenlisted in the Navy, am in the Navy, will continue to be in the Navy. It's a crazy life full of ups and downs. I've met some amazing people (my wife, and great lifelong friends), but I've seen some crazy ones too.

7. What is your idea of fun? I like to play guitar with my band. I also like the creative part of writing. I don't enjoy the revision process unless I am struck by a clever idea that I can work into the story. Most of the time it's "dang it, that's not how you spell that!".

8. What kind of kid were you? Naughty or nice? I was the nice kid diagnosed with ADHD. I think it fueled my creativity, along with some other things that stem from my childhood.