It has been three years since Elvira “Ellie” Ryder was betrayed by her best friend Cor and watched as her hometown of Kaus was leveled by invaders from a different Zone. Now sworn to seek revenge on him, Ellie has teamed up with her old friend Zach to find their long lost friend.

After getting offered a bounty hunting job—really an assassination job—they find out that part of their payment is the whereabouts of Cor. Without hesitation Ellie and Zach take the job and make their way to the Human Zone to assassinate their target. As they make their way through the desert, and through the Human Zone, they are up against the prejudice of their kind—Kausian, a race that can shapeshift but always stand out with their golden eyes. Nevertheless, they never miss a mark—that is, unless they find out the truth about who destroyed their kind and how their target is right in the middle of it all.

Will Ellie be able to forgive Cor after learning the truth? Or will she forever hold on to that hatred? 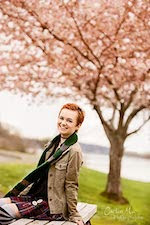 Dani Hoots is a science fiction, fantasy, romance, and young adult author who loves anything with a story. She has a B.S. in Anthropology, a Masters of Urban and Environmental Planning, a Certificate in Novel Writing from Arizona State University, and a BS in Herbal Science from Bastyr University.

Her hobbies include reading, watching anime, cooking, studying different languages, wire walking, hula hoop, and working with plants. She is also an herbalist and sells her concoctions on FoxCraft Apothecary. She lives in Phoenix with her husband and visits Seattle often.