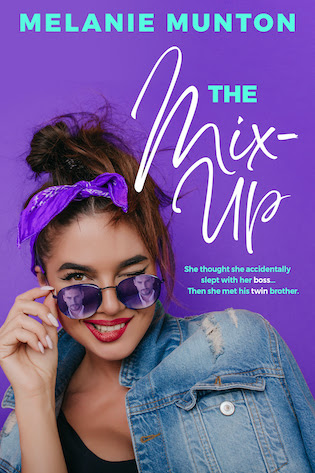 She thought she accidentally slept with her boss…
Then she met his twin brother.

Real talk: My boss is an arrogant jerk. I hate him. If we didn’t work so well together, I would have told him exactly where he could shove his pompous attitude a long time ago.

Now I know why he’s always acted like our one night together never happened. Why he acted like he’d never met me before when I started working for him.

It wasn’t him that night. It was his brother.

A brother who’s just as gorgeous as my boss and a hell of a lot nicer.

Real talk: I’m kind of…bothered that it wasn’t my boss that night.

But that’s before certain revelations about that night come to light.

A thin manila file is dropped on top of my French fade manicure, halting my progress in the email I’m furiously typing. My fingers pause as I suck in a much-needed breath. Because only one person in this entire office would have the balls to do such a thing. And unfortunately, he signs my frigging paycheck.

I hear a muffled male voice and know he’s probably telling me to “turn off the squabbling, men-bashing drivel” and pay attention. That’s exactly what he called Kennedy’s podcast one day when he’d been curious to know what I was always listening to and had swiped up one of my earbuds before I could stop him.

I tap my Bluetooth earpiece, turning it off. But I don’t look at him. Why? People not making eye contact when they speak to him is one of his biggest pet peeves.

He pauses for a moment, probably to grind his teeth together hard enough to give himself a migraine. “Spec sheet for prospective client,” he grates in a low voice, referring to the file still balanced on my hands as I resume typing. “Look over their queries and come up with an approximate quote, as well as a realistic timeline for each individual project.”

My eyebrow notches up, though I keep my focus trained ahead. “I guess saying ‘please’ is too much of a time waster?”

“Yes. Since I know you’re going to do it regardless, that one syllable would have been a waste of my time and breath.”

I slowly nod at my computer screen. “Yep. Better save all that hot air for the next ass you have to blow smoke up.”

“Better than kissing those asses.”

I click my tongue against my teeth. “If I were you, I’d start puckering up because your personality is severely lacking in both charm and tact.”

“From the horse’s mouth, huh, duchess?”

Did I mention that Ryder Colson is a brutally beautiful man?

Because of course he would be.

His hair color is somewhere between dark blond and light brown, complementing his golden skin tone. It’s slightly longer on top and cut shorter at the sides. He always somehow manages to get that floppy part to sweep across his forehead at just the right angle to look suave. A small strand perpetually hangs over his left eyebrow, no matter how many times he shoves it back. His eyes are a soulful blue, his nose is long and straight, and day-old stubble claims permanent residency on his square jawline.

Worst of all, his bottom lip has this full, rounder thing going on that pisses off my neglected libido to the point that I want to dig my teeth into that flesh until I draw blood.

Despite the casual leniencies that he affords his employees, Ryder never dons anything other than crisp, immaculately tailored suits. Hellaciously expensive ones that I’m pretty sure he has shipped in from London. As the owner and CEO, he frequently meets with clients, in and out of the office, so he always has to look professional. And flaming hot.

I dagger him with a look that would eviscerate a lesser man. And as much as it galls me to admit, Ryder here could never be categorized as lesser in any aspect of his life. “You could have just emailed this to me, you know. No need for these precious heart-to-hearts of ours.”

His navy eyes dance with something resembling amusement. “Now, what kind of person would that make me when I can clearly see how cutting me down at every opportunity brings you such joy?”

I narrow my eyes. “A prospect you’re more than familiar with.”

He smirks. “I don’t cut you down, duchess. I vex you. There’s a big difference.”

“The end result is the same no matter what verb you use,” I say through clenched teeth. “I can only assume your overall goal is to piss me off.”

He shrugs, like the apathetic jerkoff he is. “You do your best work when you’re exasperated. Part of my job as boss is to keep my employees motivated.”

He slides his hands in his pockets, far too casually. “And yet I know you’ll have that to me by the end of the day. Seems my methods are effective. If it ain’t broke, don’t fix it, right?”

My teeth clamp down on my tongue to silence the instinctual vitriol.

I’ll do a swan dive into a river of boiling lava before I ever admit that he’s right.

I can’t resist a challenge. He knows I’m going to bust my ass every day at work, no matter how acerbic our conversations get. Something about Ryder’s demeanor toward me, his work ethic, and his general expectations of his employees have always lit a fire inside me, making me want to rise to the occasion. It’s irrational—and just plain idiotic—how much I’ve wanted to impress him from day one. Ever since I found out that my boss has absolutely no memory of sleeping with me, I’ve been determined to prove myself.

So help me Mary Magdalene, I will make him remember me. 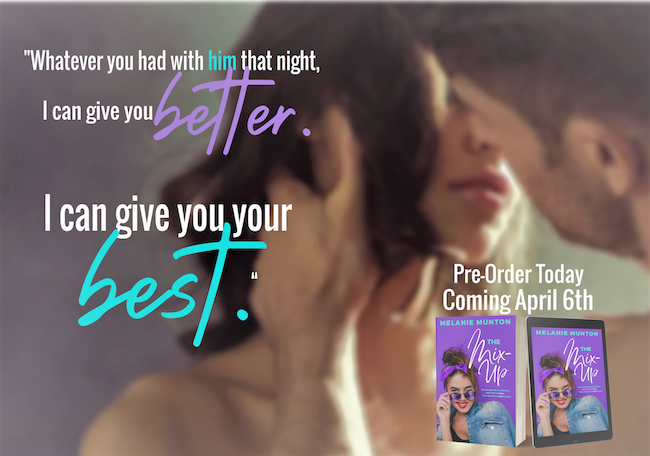 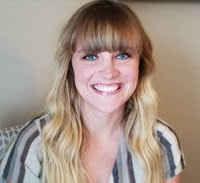 Traveler. Reader. Beach-goer. St. Louis Cardinals fan. Pasta-obsessed. North Carolina resident. Sarcastic. Bit of a nerd.
Author of the Cruz Brothers, Possession and Politics, and Timid Souls series, Melanie loves all things romance, comedies and suspense in particular because it’s boring to only stick to one sub-genre! From light-hearted comedies to sexy thrillers, she likes to mix it up, but loves her some strong alpha males and sassy heroines.
Go visit Melanie’s website and sign up for her newsletter to stay updated on release dates, teasers, and other details for all of her projects!