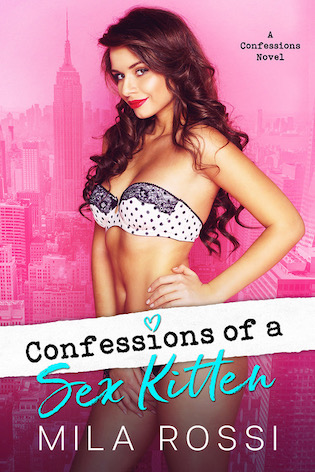 Striving to be the sex kitten Avery Taylor portrays on her blog is a lot harder than she imagined, but having a hot, new neighbor move in next door sure gets her imagination going. His green eyes alone would give a girl the vapors. And yet, getting involved with someone so close just isn’t in the cards for Avery, even if her inner kitten is telling her that all rules are meant to be broken once. Or twice. Or as many times as it takes to get familiar with James’s one billion abs.
James Mardin moves to NYC to focus on family and work. Quirky Avery just plops into his life out of nowhere. She’s the last thing he needs, and yet, he can’t seem to stay away from the damsel down the hall, especially after he stumbles upon her secret blog. A sexy goofball lusting after him? It just wouldn’t be proper if he didn’t make her fantasies come true.
With views to die for, neighborly favors to return, and secrets to uncover, James and Avery are in for a treat. The attraction is evident, but is it enough to get them through snarky family remarks, burning buildings, and the heat of a typical New York summer?

Goodreads / Amazon
—
EXCERPT:
She walked into her bedroom, kicked off her shoes, and removed her earrings before starting to take off her dress. As she contorted every way possible to reach the zipper in the back, her eyes locked on her neighbor watching TV in the dark. She continued fiddling with her dress, not thinking much of James lounging in his chair, seemingly absorbed in whatever show or movie he was watching, when the light from his television illuminated his bare chest and abs, rising and falling in rapid succession.
She forgot about her dress now hanging down to her hips, and squinted in concentration, trying to get a better look. His white dress shirt was unbuttoned and hung loosely at his sides, while his rolled-up sleeves revealed those forearms she always stared at. What really got her attention though, was the fact that he seemed to be panting.
What in heaven’s name is he doing?
Except for one bare leg, the rest of him was hidden by the television. And then it hit her. He was masturbating, probably to porn. Her pulse started to race and her palms got sweaty as she watched the dark fuzz on his chest and abs move up and down in perfect rhythm. Not even a fire alarm going off could have chased her away from the window, but what could, was James turning his head and locking eyes with her across the distance.
She had a split second to give him the courtesy of a blush before she tried to bolt from the window, tripped over her cat, and crashed to the floor with much humiliating noise as her flailing hands knocked over the night lamp. For the next couple of minutes, she remained spread out on the floor like a flattened pancake. The throbbing in her ears turned out to be her heartbeat and her lungs seemed devoid of air as she inhaled deeply, wincing at the pain in her ribs. Roger thankfully seemed unfazed by the fiasco and sat in the corner, licking his tiny jewels.
A knock at the door made her head snap around so quickly, she almost caused further injury to herself.
“Who is it?” she shouted in the most casual voice she could pull off.
“It’s me,” a deep, husky voice replied.
Great, first he catches me spying on him and now this.
“What’s up?”
“Are you alright? I heard a loud noise.”
“No shit,” she mumbled to herself, staring at the ceiling. “I’m fine, thanks!”
“Can you open the door?”
Her eyes darted in his direction.
“Um, I’m getting ready to go to bed.”
“I want to make sure you’re okay.”
“I’m fine, James. Go back to your…apartment.” She’d almost told him to go back to jerking off.
“Open up, Avery, so I can have a look for myself. You looked like you crashed pretty hard.”
Great, so he’d seen her. Good grief.
She shifted with a groan, but managed to pick herself up and head for the door. She stuck her arms through the sleeves of her dress, but didn’t bother with the zipper in the back.
“All fine,” she said, opening the door just a crack to smile at him. Her expression froze as she gaped at his body still displayed in all its glory, except now he wore pants. She had to summon all her control not to run her hands over the hair covering his chest, leading down into his pants.
“Avery,” James said, getting her attention.
She blinked rapidly and looked up at him. “Hm?”
He pushed open the door and stepped inside.
“What are you doing?” she asked alarmed.
“Making sure you’re still in one piece.”
He closed the door and turned her every which way to see if she was bleeding, at least that’s what she assumed he was doing. She winced when his hand ran over her left side and he looked at her concerned.
“You’re hurt.”
“No, I’m not. Nothing a drink or some medicine won’t cure. Maybe both together,” she grumbled as an afterthought.
He looked like he didn’t believe her.
“I’m fine,” she repeated, doing a mini-dance. “See? All good. Now go back home and let me get some sleep.”
He touched her side again and she winced once more.
“What the hell are you doing?” she gritted.
“Proving that you’re a liar.” He grabbed her hand and dragged her to the sofa. “Sit.”
She gave him an annoyed look.
“Sit, Avery, before I’ll make you.”
“Fine.” She plopped down.
He knelt before her and touched her ribs gingerly, watching for her reaction. “Can you lift your arm?”
She did so and gave him an I-told-you-so look.
“Can you bend side to side?”
She did and felt a tug. “It hurts a little, but not much. I can manage.”
“Good. Then nothing’s broken.”
Her eyes lowered to his hands wrapped around her waist. Her skin was on fire at his touch, even through the fabric of her dress. If this was how her body responded now, she wondered what it’d feel like without any barriers.
His hand slid along her side in what felt decidedly like a caress. “Be more careful next time.”
Confused she stared into his eyes, mere inches from her. “With what?”
“Your choice of entertainment.”
She felt herself blush to the very roots of her hair and cleared her throat. “I didn’t see anything.”
He held her gaze and tightened his grip on her, causing her breath to hitch. “Yes, you did. And you liked it.” 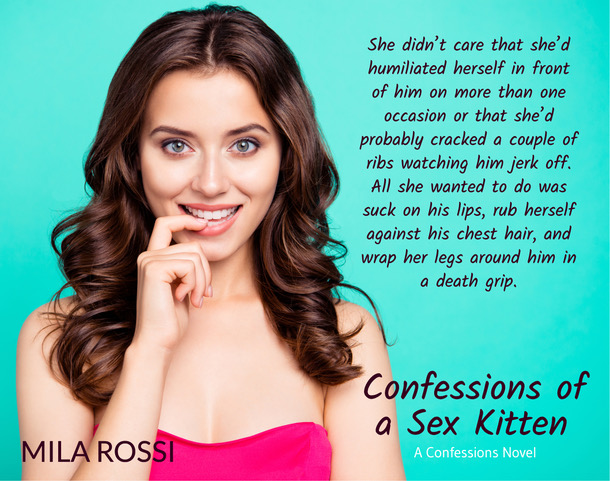 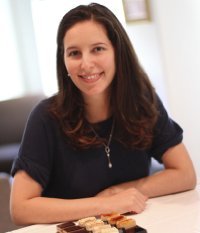 Mila Rossi is a contemporary romance author who writes feel-good stories - no angst here. She creates heroines who don't back down, stand up for themselves and insist on freedom and independence until the right man comes along. Then all rules are thrown out the window. The heroes must be clever, generous and able to throw a girl over their shoulder.
Mila has seen the world and loves to write about it. She also loves to paint vintage anime characters, belly dance, try new foods and perfect her archery skills. She wishes she could partake in extreme sports but only allows her characters to tempt fate. Her own chances of causing disasters are just too high.
Mila also writes historical romance under the name Alice Lake.
Website / Pinterest / Goodreads