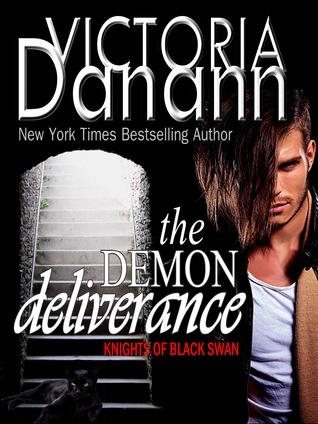 If you force a demon to agree to a deal under duress, the day will come when you’ll regret it.
Sixt was a witch nursing a centuries-long grudge of a scorned woman.

Deliverance had been a slave to sex for so long he could barely remember life before. When he learned the compulsion that was a never ending itch was caused by an addiction curse, he was elated because hexes can be reversed. But happiness was short lived when he learned what he’d have to do for the witch who cast the spell.

Deliverance remained motionless while he processed what he’d just learned. The witch was inexperienced in matters of romance and she might have an infatuation that had lingered over a passage of time that was noteworthy even for a demon.

Perhaps his plan was due for a little tweaking. Perhaps he could pretend to tolerate his captivity, draw the witch out, even give the appearance of liking her. Gag. Perhaps she would open up like a moon magnolia at midnight, giving him all the information he would need to arrange for her eventual comeuppance.

Once he’d settled on a course adjustment, he stepped around the corner and into the room as if he’d just arrived.

Sixt looked up. “Oh, Deliverance. I won’t be needing you tonight.”

The demon’s eyes slid from Sixt to Harm, who said, “You’re welcome to join us. Maybe a game of whist?”

Sixt wished they were seated at a table so she could kick her brother in the shin.

“Not much for cards,” Deliverance said. There was no reason not to be polite to the witch’s brother.

The demon kind of liked Harm in spite of himself and smiled slightly. “Thank you for the offer. I don’t drink often and tonight’s not the night.”

“Well, I don’t want you to feel unwelcome just because I’ve barged in on my sister.”

“Unwelcome?” Deliverance looked at Sixt like he’d love to throw a fireball and incinerate her where she sat. “Why does he think I’m here?”

“He knows the whole story.” Sixt looked away as she raised her wine glass to her lips.

“In that case,” Deliverance said to Harm, “you should know it’s senseless to ask a slave if he feels welcome.”

“But we can always make the best of a situation, old man. Just direct your feet to the sunny side of the street,” Harm said.

Deliverance looked at Sixt. “Is he serious?”

“We’ve been out of touch for a very long time. I’m not sure.”

To Harm, he said, “It’s easy to have a sunny disposition when you’re the master,” his eyes slid to Sixt, “or the mistress, in this case, and not the slave. If that’s all, I’ll be somewhere else.” He managed to refrain from adding, “Anywhere else.”

“Yes. That’s all,” said Sixt and the demon disappeared.

Harm chuckled and shook his head. “If you think that demon is coming around to your way of thinking, you have lost your way.”

“I don’t think I have much choice but to ride this out. Maybe cosmic intervention…”

“Cosmic intervention,” he repeated. “You ever heard of magical thinking?”

“Not the specific phrase, but I can guess what it means.”

“No, you can’t. It’s a human term for what adolescents do when they choose to believe, without logical basis, that things will ‘magically’ go their way.”

“Is there a point forthcoming? Because I’m going to bed…”

“Hold on to your patience. This absolutely applies to your situation and you know it. Your belief that any good can come from forcing that demon to be where he doesn’t choose to be is the very definition of magical thinking.” 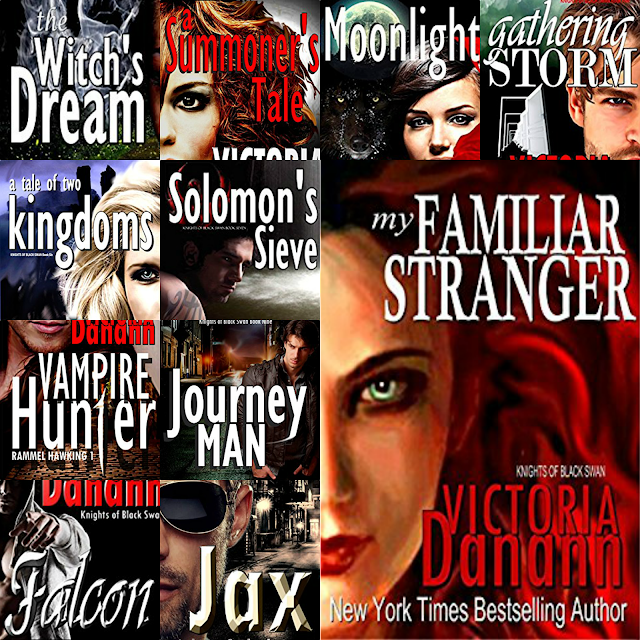 Books 1-11 of the Knights of Black Swan series