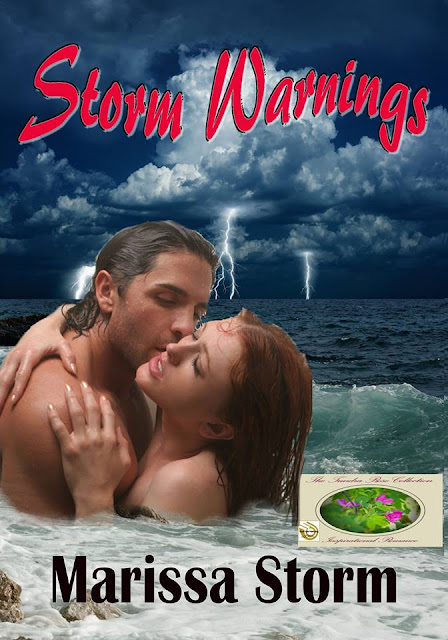 Liz was an ordinary housewife and mother, with secrets in her past. When trauma hits her family, her past comes home and she is face to face with the love of her life that she thought she had lost forever. Does Liz dare to tell Tom he is her child's father? Did she dare tell her daughter?

Tom had no idea he had a daughter. He is completely stunned to learn the whole truth that tore the two of them apart so many years ago. Even though he had moved on, he never forgot Liz or the love they shared. Their love is rekindled against all odds. But will fate be kind this time?

Tammy, Tom's wife, was killed in an earthquake; or was she? After over a year passes, someone claiming to be Tammy finds Tom online. Could this really be Tammy?

I finally realized it was emergency flashers on a car. Now the question was, Where exactly were those flashers? Was the car sitting off on the shoulder or on the road? I couldn’t see much myself.

Mike slowed down as we approached the vehicle. When we got closer, I saw the driver, a dark-haired man, maybe in his thirties, slumped over the steering wheel. A tall slender lady with sandy blonde hair in her late twenties or early thirties jumped out of the passenger side.

“Help him, please!” She yelled, as she sunk to the ground, sobbing.

Thank God, the kids were asleep. They would have been scared to death at that moment.

Mike parked the car and hopped out to see how he could help. He had no idea what was going on. He walked over to the lady on the ground and talked to her first, then went to check on the man who lay slumped over. Mike took his pulse and lifted his head. A quick shake let me know the man was dead.

When he pulled his hand back, I could see blood. He hurried to the back of the van and opened it. I watched as he wiped his hands on a towel and threw it into the car the dead man was in. Then Mike went to talk to the lady again, and I saw him make a call.

Mike hopped back into the van and we left. Mike drove faster than before, and I had to ask, “Why didn’t we wait till someone came for the lady?” Mike looked in the rear-view mirror to make sure the kids were sleeping. They were still out like a light.

“Liz, that man’s wife said he just got sick, pulled off the road, and died. I called someone for her, but before I left she was getting sick too. She had blood running out of her nose and she was in a great deal of pain. I could smell a strange odor in the air, and I had to get you all away from there immediately! I’m afraid it could be something to do with that chemical bomb that they talked about on the news.”

Mike was scared. And since he never gets scared, I knew it was definitely serious.

Inside, I felt like panicking, but I knew I had to stay strong for my family.

Marissa Storm has a few other published books in circulation today:

And What Happens to the Children, a book about the price the children pay when the parents split their lives in half.

I now write under a Pen name for personal reasons.

I love to meet with fans and will be making personal appearances in the near future. From NC, enjoys family and friends and the love of God as well as the blessings He brings.