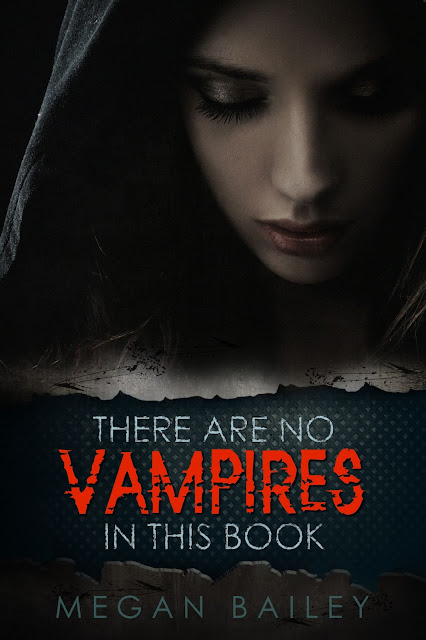 There Are No Vampires In This Book:

TARYN HAD NEVER BEEN NORMAL.
She wasn't like other girls- not after that night, that thing, took her parents from her. She made it through hospitals, doctors, and therapy by playing by their rules and saying all the things they wanted to hear. But, inside, she held on to the truth. She knew what she saw.

SHE SPENT HER TEEN YEARS PREPARING IN SECRET
With her two closest friends at her side, she dedicated herself to a mission. She would train and she would hunt. When the time came, she would be ready. No one she loved would be hurt by one of those monsters ever again. But with high school behind them, new found freedom comes with new responsibilities and new problems. Instead of weapons and self defense classes, she now has jobs and bills. The relationship with her best friend was suddenly shifting into new, scary territories. How could she take down bad guys if she couldn’t get her own life in order?

AND THEN THERE WAS HIM.
A mysterious stranger who pops up in suspicious places and throws off all sorts of bad vibes. His face now starred in her regular nightmares and plagued her thoughts in the day. Was she overreacting? Or, was this finally the monster she had been waiting for? As the scars of Taryn’s past rise up to haunt her, she begins to question herself. With her mission faltering and her friendship off kilter, would life ever be the same again? Would she ever be the same? 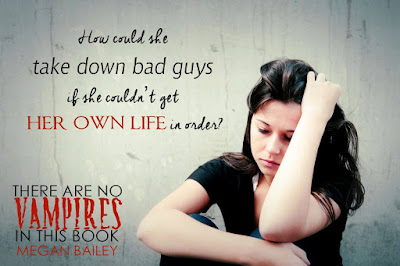 She hit him with a cushion. “Shut up and play the game.”

“Dare. I’m not letting you mock my truths.” She leaned forward and started to mix another drink. One she definitely didn’t need but was having anyway. She wasn’t thinking about this lonely dramatic stuff anymore tonight. Even if she had to drown it.

“I dare you to kiss the first guy you lay eyes on.” Aiden bolted forward with his announcement, but she was faster.

“Should have worded it better,” she mocked him in a singsong voice. Eyes still closed, she raised her glass, a little wobblier than before. “Let’s make a toast. To being losers together on a Friday night.”

Instead of a tap of his can to her drink, she felt his fingers slide across the sides of her face and tangle into her hair. Her eyes popped open and locked on his, just inches away.

Before Taryn could gasp, his mouth covered hers. It was no gentle, hesitant brush of the lips like she would have expected. No, Aiden met her with a firm, warm pressure that melted her insides like chocolate. His fingers in her hair tightened, sending electricity zinging through her. The drink in her hand was forgotten and slipped to the floor. Neither of them seemed to notice. He ran his tongue across the seam of her lips, asking, and the room tilted. She opened for him. His teeth caught her lower lip and tugged, lightly. She could have sworn she felt the tingle right down to her toes.

He pulled back, dragging his lips against hers in a slow caress. They sat there in the silence, eyes wide. Her head swam and her heart raced. Her scalp tingled where his fingers still pressed into her hair. Those eyes of his had turned to that shade of rich, dark blue. They trailed back down to her lips, which felt a little swollen.

From kissing him. Aiden. Heat blossomed through her belly. That just happened. But, for once, she wasn’t running a million thoughts through her head, worrying each one to death. She wasn’t thinking at all. Her panicky, loud brain was turned off, leaving something dark and hungry at the reins. Taryn wasn’t going to question it. Not tonight. She grabbed Aiden’s shirt and pulled him back down to return the kiss.

Somewhere in her head, it registered.

She was kissing her best friend.

And it was amazing.

Megan Bailey is a novelist and short story author. When not writing, she loves playing video games for way too many hours and reading everything she can get her hands on. Megan is married to her own wise-cracking, romantic hero. They live in Central Illinois with their two devious/darling daughters and three furbabies: Minna the boxer dog, Logan the black cat, and Gimli the dwarf bunny.

1. If I gave you an elephant where would you hide it?
In my backyard. It's kind of big and there's nothing but trees and
cornfields to the back. I'd just tell everyone the same thing I told them when I got a goat: I have a really big, loud, weird dog.

2. Do you like dogs or cats?
I have both, but cats are anti-social weirdos. I have more in common with them.

3. If I came to your home and looked inside the refrigerator, what would I find?
Not much at the moment. I need to go shopping! Tofu, avocados, a BUNCH of home-canned pickles, carrots, lettuce, and a ton of salsa. I eat so much salsa I have to buy it in jugs.

4. Tell me how many hats you have in your house?
Maybe 5 and I'm not sure why I even have those. My husband's head is way too big for any hat and they all look ridiculous on me.

5. If you try to fail, and succeed, which have you done?
Confused myself.

6. Are you a morning person or a night person?
Night person, which makes this whole get-up-and-go-to-work think awkward.

7. Who is the one television character that you simply adore?
If I have to choose just one, I'll go with Rumpelstiltskin from Once Upon A Time. "I'm a fan of true love, dearie."

8. What is your favorite daily wear attire?
To be honest, I'd live in yoga pants and a tank top if I could. Work's not crazy about that, though, so I have to stick to jeans.