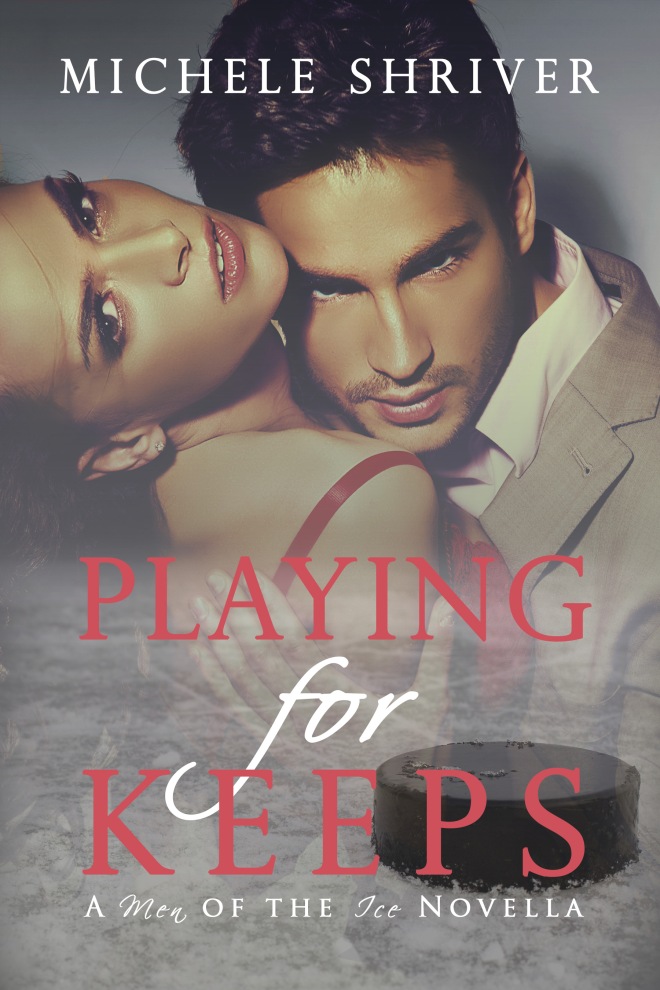 Colton Tremblay won a Stanley Cup with his hometown Montreal Canadiens, but his bad-boy reputation earned him a ticket out of town, traded to the expansion San Antonio Generals. This French-Canadian has no idea what to expect from the land of tacos and Mariachi bands, but he quickly learns that Texas is full of beautiful women, and the one who catches his eye first is no puck bunny.
The daughter of Mexican immigrants, Maya Dominguez has worked hard for everything. Now she’s landed her dream job as a beat reporter for San Antonio’s new NHL franchise. As a female reporter in a male-dominated business, Maya knows she has to be at the top of her game. She can’t afford any distractions, especially not from the players she’s assigned to report on.
When Colton asks Maya to help him get to know his new city, she’s determined to keep things strictly business, but Colton is used to getting what he wants. Can he persuade Maya that this time, he is playing for keeps, and if he does, what does it mean for her job?

“I beg your pardon?” Maya wasn’t sure she’d heard correctly. Okay, check that. She’d heard correctly, she just had a hard time believing what she’d heard. Did this guy know anything about boundaries? It didn’t seem like it. One thing was certain—life around Colton Tremblay wasn’t dull.
“I’d like you to accompany me on my visit to the Alamo,” Colton said.
“You mean as a tour guide?” Maya asked. That had to be it, right?
“Sure,” Colton said, “if that’s what you want to call it.” Mischied flickered in his eyes and it was hard to ignore just how sexy those eyes were. “Or we can call it a date.”
A date. Exactly what Maya was afraid of, yet wanted at the same time. “Are you sure that’s a good idea?”
“No.” Colton shook his head. “In fact, I’m pretty sure that it’s not. At the moment, though, I don’t care. You intrigue me. I want to know you better. And I think I’d be lost by myself. You have been to Alamo before, right?”
He won points for his honesty and for recognizing they were flirting with trouble. If Maya were to be completely frank with herself, she didn’t care either. As cocky and infuriating as Colton could be, there was also a sincerity to his words. And he wasn’t any dumb jock, either. The idea of spending more time with him very much appealed to Maya. “I was born and raised here,” she said. “I’ve been to the Alamo many times.”
“Then you’ll make an excellent tour guide,” Colton said. “And an even better date, should you choose to call it that.” His smile was disarming, but carried a hint of humility too.
“I have to work,” Maya said, though the protest was weak.
“Doing what?” Colton challenged. “You must have some downtime tomorrow too, since you’ll be working the game?”
So much for that. “Yes, I suppose I do.”
“Come on, what do you say?” There was that smile again. “Help a Quebecois out?”
When he put it like that, complete with the subtle accent that Maya found so appealing, it became damn near impossible to say no. Especially since she didn’t really want to. “Well, I would hate for you to be lost, not knowing where to go…”
“I would be,” Colton said. “Like a fish out of water.” The familiar twinkle flashed in his eyes again. “We can’t have that, can we?”
“No.” Maya finally relented. “We can’t. I wouldn’t be a very good San Antonian if I left you alone to wander cluelessly around the Alamo. I’ll be your tour guide.”
“Or my date?” Colton challenged.
“Don’t push your luck.”

Leap of Faith ~ The Art of Love ~ Heroes To Swoon For

Starting Over ~ Tears and Laughter