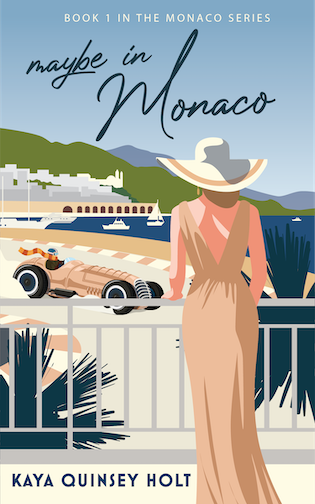 Immerse yourself in the dazzling world of best-selling author Kaya Quinsey Holt’s in this evocative romance full of “unrest, deceit, and heartbreak in one of Europe’s most spectacular places” (Readers Favorite).

Charlotte Levant left Monaco ten years ago in order to allow the man she loved to pursue his dream but she left with more than a broken heart. Only a select few knew that she gave up her baby. Facing a personal crisis, Charlotte returns to Monaco, thinking she can quietly sneak back without a fuss. But it’s hard to keep a secret in Monaco.

For recently retired Formula One driver Freddie Ridgeport, losing Charlotte was more painful than a car crash, but he quickly found company among his fans. Now back in Monaco, the responsibility of caring for nine-year-old Nicholas has been thrust upon him after he is unexpectedly named as the legal guardian in a will.

Will fate finally reunite these star-crossed lovers? And if so, can the truth make up for a ten-year-long secret that runs deeper than the adjacent Mediterranean sea?

“So, where are you visiting from?” the taxi driver asked, turning briefly to look at her.

Charlotte smiled. “Manhattan.” The driver returned his attention to the road. New York City was another world, Charlotte mused as the car performed a hot lap past the Monte Carlo Casino. A throng of tourists with cameras crossed in front of the taxi, slowing all of the traffic behind it. Perhaps the two cities had some similarities, Charlotte thought.

Today, the body of water and anonymity that protected Charlotte was 4,000 miles away.

Charlotte was a French teacher at a private school on the Upper East Side, where she put her New York University education to use. Ample time, money, and effort were spent on rebuilding her life—an accomplishment she previously thought unimaginable. What Charlotte accomplished in those ten years astonished her and her grandmother.

In Manhattan, Charlotte cultivated a refined and private image. She socialized vigilantly, and her acquaintances consisted mainly of private school colleagues. Though she scarcely noticed, Charlotte was admired and desired by many. Charlotte enticed people with her softness, attentiveness in conversations (aided by her social media avoidance), adoration for anything vintage, and passion for French impressionist art. However, Charlotte’s romantic affairs were often cut short, and she developed a reputation for fleeing when relationships threatened to become too serious or prodding.

The men who courted Charlotte inevitably crashed into the walls that guarded her. Privacy was Charlotte’s priority, and the less that people knew about her, the better. She feared the discovery of her imperfections, which lurked beneath every layer.

Charlotte preferred blending in to standing out. As usual, she was dressed in simple, high-quality items, which she—or her relatives—had owned for years. Her haphazardly-piled, classic travel bags were passed down from Charlotte’s late mother, and her antique camera and matching leather bag belonged to her late father.

Slowly, Charlotte’s destination crept into sight. Le Soleil was a luxury condominium with coastal views of the Côte d’Azur. Charlotte dreaded stepping out of the car, and wondered if returning was a dire mistake. “Monaco is my home,” she silently repeated, as she promised herself she would.

The driver slowed to a stop, and carefully unloaded the aged Keepalls onto the unblemished cobblestone.

Charlotte remained still for a few more moments, summoning enough willpower to open the door. Once she touched her feet to the ground, the truth would land. She was in Monaco.

The trunk of the cab shut with a thud that rocked the whole vehicle. Taking a few deep breaths, Charlotte opened the door and set one ballet flat onto the pavement. She was home.

The suitcases appeared smaller and fewer to Charlotte when she left Manhattan. The driver gawked at the mountain of luggage that now blocked the sidewalk.

“That’s everything,” Charlotte lied, for the driver knew not of her heaviest baggage, smuggled into Monaco upon her freckle-dusted shoulders.

Charlotte paid the driver and watched as the car faded into a sea of traffic. She glanced helplessly at the unattended concierge desk and sighed. Keeping a watchful eye on her remaining belongings, Charlotte hauled her luggage into the air-conditioned lobby. She was no stranger to strenuous labor, but her arms ached and her breath grew heavier with each bag.

But it was very hard to keep a secret in Monaco. 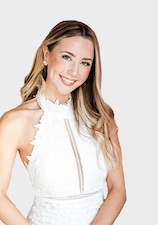 Kaya Quinsey Holt is a bestselling author of romance and women's fiction. Her books have sold worldwide, have been translated into multiple languages, and adapted for audiobooks. From house hunting in the South of France to weddings in Positano, Kaya's books offer a romantic escape from day to day life. Grab your favorite Kaya Quinsey Holt book an enjoy the journey!