Mason Crawley, a rookie driver, has a fan account… how is that not supposed to go to his head?

Abi Wick, a lifelong F1 fan, runs a fan account on social media while she works and studies. That’s the extent of her life. And she’s happy with it. She didn’t expect to get noticed by one of the drivers.

Mason should be concentrating on his rookie season in a Formula 1 car, but he can’t get the woman who runs his first fan account out of his mind. It’s a PR nightmare, but he can’t bring himself to care.

Follow the season as Abi and Mason struggle with their own expectations and the fans who feel entitled to be involved in every aspect of Mason’s life. Can they manoeuvre through a minefield and make it out on the other side? 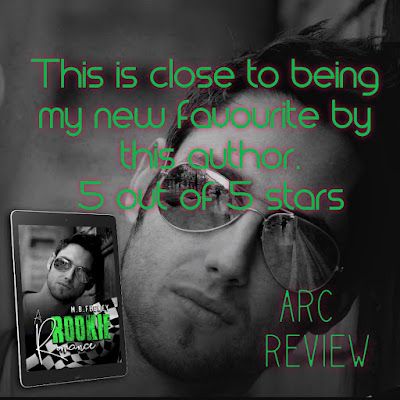 AVAILABLE AT AMAZON (KU)
ADD TO GOODREADS
ADD TO BOOKBUB 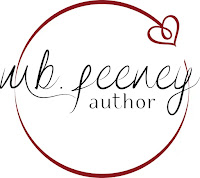 M. B. Feeney is an army brat who finally settled down in Birmingham, UK with her other half, two kids and a dog. She often procrastinates by listening to music of all genres and trying to get ‘just one more paragraph’ written on whichever WIP is open; she is also a serious doodler and chocoholic. Writing has been her one true love ever since she could spell, and publishing is the final culmination of her hard work and ambition.
Her publishing career began with two novellas, and she currently has multiple projects under way, in the hopes that her portfolio of what have been described as “everyday love stories for everyday people” will continue to grow. Always having something on the go can often lead to block which eventually gets dissolved by good music and an even better book.
Her main reason for writing is to not only give her readers enjoyment, but also to create a story and characters that stay with readers long after the book is finished, and possibly make someone stop and think “what if . . . ”
"ALL YOU NEED" LINKS