Wicked Warriors MC Alaska Chapter
In the small town of Seward, Alaska, Charlene Dixon wanted to follow in her father’s footsteps and be a part of the Nanuq Shila motorcycle club; the only downside was the ‘No Old Ladies’ rule. The antiquated rule amused her, but she respected it just the same, and it never stopped her from taking a ride around the peninsula on her old beat up Yamaha, her pride and joy, and dreaming of a bigger and better future for her.
While Charlene is away in Seattle to earn her law degree, she rushes home when her best friend, Mushu, informs her that her father, Tyler, is in critical condition after being shot nearly to death.
During Tyler’s absence, the Nanuq Shila club members vote for the Vice President, Dallas Marquez, having no clue whether Tyler’s condition will change. Dallas is young, most thought much too young to run a motorcycle club, yet they voted for him anyway, hoping he could lead them to end the tirade against the Nanuq Shila club and the Black Aklark club, led by former Marine, Kennedy Townshend.
When Char finds out what really happened to her father; she alters her appearance to become Johnny Wayne, intending to infiltrate both clubs to get answers on who tried to kill her father. She figured with the military training she received from her father; it prepared her for any type of conflict. However, even the amount of fighting and weaponry skills never prepared her for the lies, treachery, and violence that she was about to face within and outside the walls of the Nanuq Shila motorcycle club.
Will Charlene Dixon learn she made a huge mistake in joining the secret men’s only club?
Will her fondness of Dallas foil her plans to bring down Kennedy and dismantle the Black Aklark club for her father’s honor?
Bleeding Souls Save by Love Fable Retelling of  MULAN
AMAZON/KU
GOODREADS
BOOKBUB 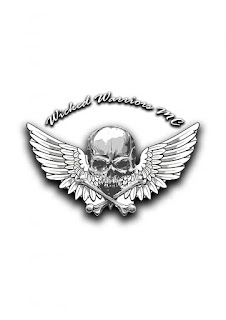