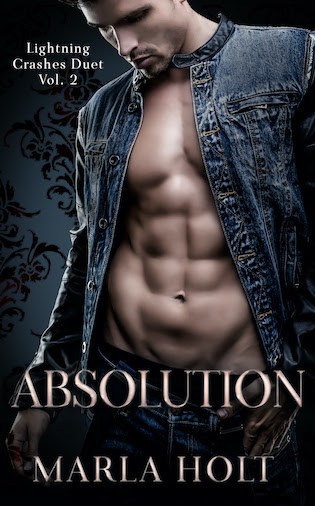 Rachel Ferrer thinks she’s already hit rock bottom, but then the ground crumbles beneath her feet. Alone, she is finally forced to face the darkness she’s been avoiding. Rachel doesn’t dare hope the spark of light in the distance might include Nicolas, even when she can’t forget the feel of his lips on hers.

Nicolas Rivera has always been the stable one. He is who others come to when their worlds shatter, but suddenly his life is the one in ruins. He doesn’t hope to connect with Rachel in the aftermath, but he discovers her in the last place he expected to. Uninhibited at last, the electricity between them finally ignites.

Is their flame enough for Rachel and Nicolas sift through the rubble, rebuild, and finally emerge, together, into the light?

Absolution is Volume 2 of the Lightning Crashes Duet and should be read after Temptation. Melt into this forbidden, slow-burn duet with a guaranteed happily ever after today.

Rachel lifted the quilt covering Nicolas and slipped beneath it. He made as much room for her as he could, but his legs were already hanging over the far arm, his back pressed against the cushions.

Rachel didn’t need much room as she snuggled into his side, tucking the quilt back around them. “It’s freezing in here,” she said, her voice husky and low, her breath feathering against his neck.

“You need to check your insulation,” he said. “And probably get new windows.”

“I’ll get right on that,” she said in a voice that implied the opposite.

She shivered, and Nicolas allowed himself the indulgence of pulling her closer against him. In the name of keeping her warm. “What are you doing up?”

Rachel’s hand found his waist under the blanket, her fingers icy against his bare skin, but he didn’t dare flinch, lest he scared her off. “I wanted to see if you showed up. I didn’t mean to fall asleep.”

“It’s good you got some rest.”

“More like I sobbed myself to sleep in Naomi’s bed, but yeah, sleep was good. How are you?”

He sighed, at a loss for words to describe how he was feeling. His face ached, his body felt drawn, like he’d worked out too hard without enough food afterward. Nicolas couldn’t remember the last time he’d eaten. He wasn’t even sure he had a digestive tract anymore. Who had room for food when they were filled with heartbreak and betrayal? Was it possible to be yawning open with emptiness and full of dread and darkness all at the same time? It felt like the same thing, and yet entirely different.

Rachel’s hand was playing over his torso in a way that she probably didn’t even realize she was doing, but in a way that was distracting, allowing temptation to edge in on the periphery. 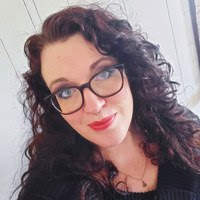 Marla Holt believes in second chances, romance, and the radical notion that everyone deserves a happily every after. She's living her own fairy tale, writing contemporary romance novels in her Kansas farmhouse with her husband, three boys, three cats, and flock of imaginary sheep. Follow her at marlaholt.com or on Instagram as @marlaholtauthor