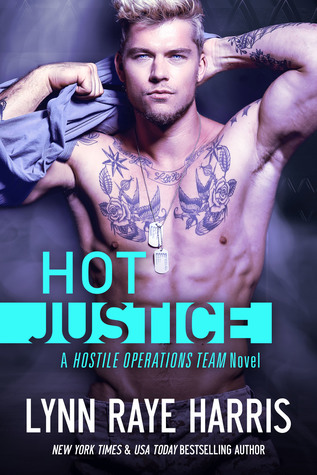 
Dean “Wolf” Garner is the kind of guy who loves hard and leaves fast. From the moment he rescues reporter Haylee Jamison in the Guatemalan jungle, he can’t stop thinking about the dark-haired beauty. His life is too complicated for romantic entanglements though–and not even a woman like Haylee can convince him otherwise.
Haylee wasn’t supposed to be in the drug cartel’s compound, but she was captured while on a mission of her own: find the trail of fake opioids entering the US and halt the operation. Back home in DC, Haylee can’t stop thinking about the gorgeous military operator who rocked her world for one steamy night before leaving. But when she uncovers a conspiracy and finds herself in danger, there’s only one man she trusts to keep her safe.
It’s easy for Wolf to risk his life to protect Haylee and give her the justice she desires. The hard part is taking a chance and admitting what’s in his heart before it’s too late.
Before he loses the best thing that’s ever happened to him.
“Lynn Raye Harris is the undisputed Queen of Military Romance because her Hostile Operations Team series just keeps getting better and better.” ~ Diane B.

Goodreads / Amazon / Barnes & Noble / iBooks / Kobo
—
EXCERPT:
Mexico-Guatamala Border
Dean “Wolf” Garner waited for the jump command. He was standing nut-to-butt with his teammates, all of them suited up and ready to go. This was a HAHO jump where they’d fall out of the aircraft one behind the other, open chutes about fifteen seconds in and then coast for forty miles to the landing zone. Cade “Saint” Rogers was team lead and he’d be first out the door. Wolf was second. Echo Squad would stack up behind the leader while they were airborne and follow Saint’s lead as he guided them using GPS and landmarks.
The C-130 Hercules doors were open and they’d switched over to oxygen bottles. HAHO jumps were hell on the body, whether from the minus-zero wind temps, the lack of oxygen and threat of hypoxia, or the incredible snap of the harness when the chute deployed. It was a necessary evil when trying to sneak up on the enemy, though.
They were currently at T-minus two. The PT had cleared them all to jump and the jumpmaster was about to give the signal.
“You bastards stick with me,” Saint said into their earpieces. “Let’s go get those hostages and get the fuck out.”
Seconds later, Wolf was free falling into the sky behind Saint. Wolf deployed his chute, grunting as the harness snapped him hard against the restraints. Jesus. He was carrying a hundred pounds of gear and weaponry, which made the experience even more fun.
He sighted in on Saint and lined up. The rest of the team followed, everyone checking in, and then they were gliding under canopy toward the LZ.
The sun perched in the sky behind them, sinking quickly toward the horizon. Everything below was bathed in golden light that faded into darkness the father east Wolf looked. It was a beautiful sight and he never took it for granted.
The terrain here was mountainous and green and a river cut through the landscape, marking the border. This was the area where the Mexican cartels got their rocket-propelled grenades and grenade launchers as well as other military-grade equipment they used as they fought each other for territory. It’d be fine if all they did was kill each other, but unfortunately civilians often got caught in the crossfire.
Sometimes those civilians were American, and sometimes they were held for ransom. Like now. A group of dentists and opticians on a mission to provide services to an impoverished village had been swept up in the raid and HOT had been tasked with getting them out.
It took twenty minutes, but the team touched down and shrugged out of their chutes. They buried them, along with the special jumpsuits and oxygen canisters. Then they slung their M4 rifles across their chests and started the trek toward the camp where the cartel was holding the hostages.
HOT had pictures of the camp from drone photography and they knew the layout and the approximate number of people who guarded it. Echo Squad wasn’t just there to extract hostages—they were also there to take out the cartel members who were in the camp. At last count, that had been twenty.
Wolf didn’t feel sorry for the men. They were rough, evil, nasty men who terrorized innocent civilians. They killed indiscriminately, and they left messages in the form of headless bodies dangling from bridges and trees.
No, Wolf had no problem with killing them. It took Echo another forty minutes to reach the camp. It was dark by then, and the cartel men were drinking. The hostages were nowhere to be seen, but HOT knew they were being held in a rough concrete structure in the center of the camp. Ten men and women from somewhere in Alabama, on a church mission to help the poor. They were no doubt terrified and probably dehydrated and hungry.
“Like we planned it,” Saint said into their earpieces. The team split up and fanned out around the camp. Wolf and Noah “Easy” Cross slipped silently toward their target. They waited for the signal, then glided toward the men they’d marked. A quick slip of the knife and two cartel members would never harm anyone again.
A man emerged from the building where the hostages were, dragging a woman with him. She was small and dark-haired and she fought mightily. Wolf stiffened as the man thrust her against the side of the building and dropped his mouth to her neck. She wrenched her head to the side and tried to hit him but he caught her wrist and pinned her to the wall.
Wolf signaled Easy that this one was his. Easy nodded, lifting his rifle to provide covering fire if necessary as Wolf crossed the distance. The cartel members were falling quickly as his teammates took them out. Soon, Echo would converge on the building.
The woman was fighting hard when Wolf slipped up behind the man. Before Wolf could grab him, the man grunted and stumbled backward. His hands dropped to his crotch and Wolf nearly laughed. Smart girl. Brave girl.
He yanked the man back and stabbed him in the kidney, dropping him to the ground. The woman’s dark eyes widened. She was wearing a stained white button-down shirt that had been torn open and jeans with tennis shoes. Her black hair was wild and her skin was golden, and his heart thumped once before he clamped down on the reaction.
“You’re American?” she asked in a soft southern accent. “You’ve come to rescue us?”


“Yes,” he told her, turning to place her behind him as he scanned the camp for any stragglers. Someone shouted in the distance and a shot rang out.
“Got him,” Jax “Gem” Stone said in Wolf’s ear. “Fucker.”


“Status,” Saint ordered.
“All clear,” Malcolm “Mal” McCoy replied. The rest of Echo Squad followed suit.
“Let’s get the hostages,” Saint said.
Wolf turned back to the girl, knowing that Easy had his back and that his teammates were converging on the building to extract the hostages. “You okay?” he asked, dropping his gaze over her body, back up to her eyes. Dark, fiery eyes. Angry eyes.
She lifted her chin as she pulled her shirt together. “Yes. Fine.”
“What’s your name?”
“What’s yours?” she shot back.
Wolf grinned. “Wolf.”
She blinked. “Is that really your name?”
“No, but I like it better than my real name. Which is Dean, by the way.”
“Dean.” She paused for a moment. Then she thrust out her hand. “I’m Haylee. Pleased to meet you.”
He took her hand. A sizzle of something electric rolled through him. “You always so polite in dangerous situations?”
She grinned, and his heart thumped again. “I don’t know. This is my first kidnapping.” 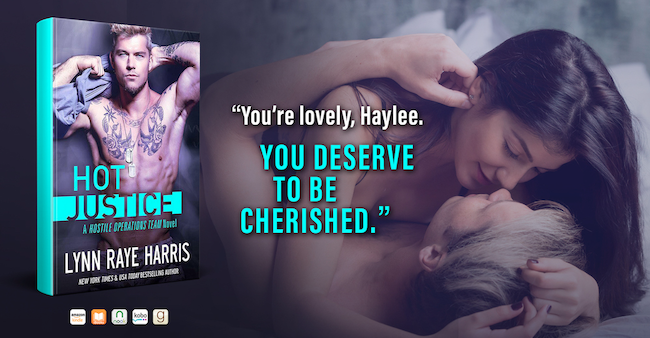 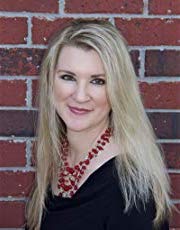