Buffalo Police Sergeant Brendan Fagan, investigating a series of grisly murders spurred by clashes between humans and automatons, only wants to save his city. The last thing he needs in his life is a rule-bending, steam-cannon-toting, unpredictable female like Ginny Landry, a woman who could possibly bring down his career and the one woman he quite likely can't resist.

Ginny means to settle the estate of her mother, an infamous madam, quickly and get out of town. She has no intention of becoming involved with any part of her inheritance or falling for Brendan. In fact, she makes it a point never to date handsome men. But when her rash behavior brings them together, the attraction can’t be denied.

And when the city erupts in chaos, forcing her to choose a moral side, can she deny what’s in her heart? 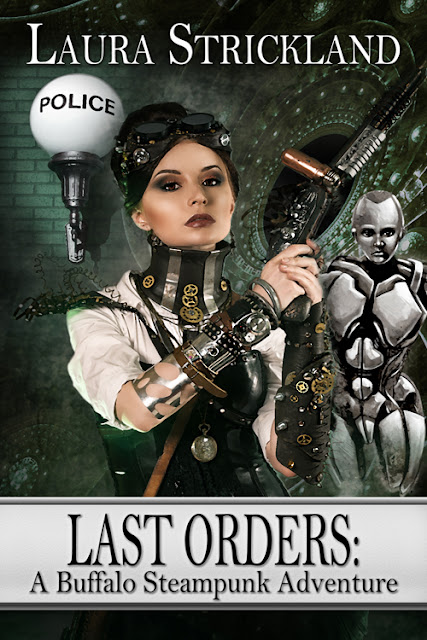 “Line ’em up again,” the woman cried in a husky voice.

“She hasn’t missed yet.” The man standing next to Brendan informed him, and then promptly did a double take before yelping, “Hold up! The coppers are here.”

“To hell with ’em!” the woman cried and opened fire. The empties along the wall exploded in an even line, and the room blossomed with heat and steam.
Brendan, mouth ajar, watched in horrified amazement as the explosions continued—at least until the cannon needed to recharge.

“Wall’s on fire!” somebody stated. One of the barmen ran forward and slapped out the flames with his cloth.

It would take more than saints. Brendan, gathering himself, marched forward and glared up at the woman.

“Get down off that bar.”

She focused on him—a bit blearily, but she focused. She seemed to contemplate his face, his hair, and his uniform before she sneered. “Says who?”

She accompanied the last word with a lean that allowed him a good view of her bodice, most of its buttons undone. Sweet mother Mary, full of grace.

“Buffalo police,” he declared himself, proud to hear he sounded steady as a rock. “Cease and desist. And while you’re about it, you can hand over the steam cannon.”

The crowd booed. The woman looked around at them and waved her hand. “Go away, Officer. You’re spoiling the entertainment.”

“This is not entertainment. It’s sheer stupidity. There are ordinances prohibiting the discharge of a steam cannon indoors.”

“And aren’t you the dull fellow to remind us of those ord-ord-ordinances?” She smiled the kind of smile the devil might. “How about if I blow out that wall? Then we won’t be indoors, will we?”

“We will. At least,” he allowed, “three-quarters. Miss, you’re drunk and shouldn’t have possession of a weapon. Hand it over, please.”

“Isn’t he polite?” She appealed to the bar at large, while Brendan’s temper rose. He didn’t lose it often but felt damned close now.

The other patrons hooted some more and stamped their feet.

Brendan called to his fellow officer. “Dennis, let’s get her down.”

Both of them tall men, each reached for one of the woman’s arms, intending to swing her down from the bar. As soon as they touched her, though, she began to holler.

A fellow stepped forward. Squat and red-faced, he appeared at least as drunk as the woman. He balled up his fists. “Leave go of her now.”

Ignoring him, Brendan grunted as he and Dennis swung their charge down, him all too aware she still had the now-recharged cannon in her hand.

He set her squarely on the floor, took a half step back, and held out his hand. “Give me the weapon.”

“No one takes this cannon from me.”

“Hand it over, miss, unless you wish to be arrested.”

Born in Buffalo and raised on the Niagara Frontier, Laura Strickland has been an avid reader and writer since childhood. She believes the spunky, tenacious, undefeatable ethnic mix that is Buffalo spells the perfect setting for a little Steampunk, so she created her own Victorian world there. She knows the people of Buffalo are stronger, tougher and smarter than those who haven't survived the muggy summers and blizzard blasts found on the shores of the mighty Niagara. Tough enough to survive a squad of automatons? Well, just maybe. 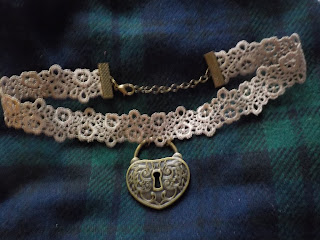