for
Ready to Love Again
by Annalyse Knight 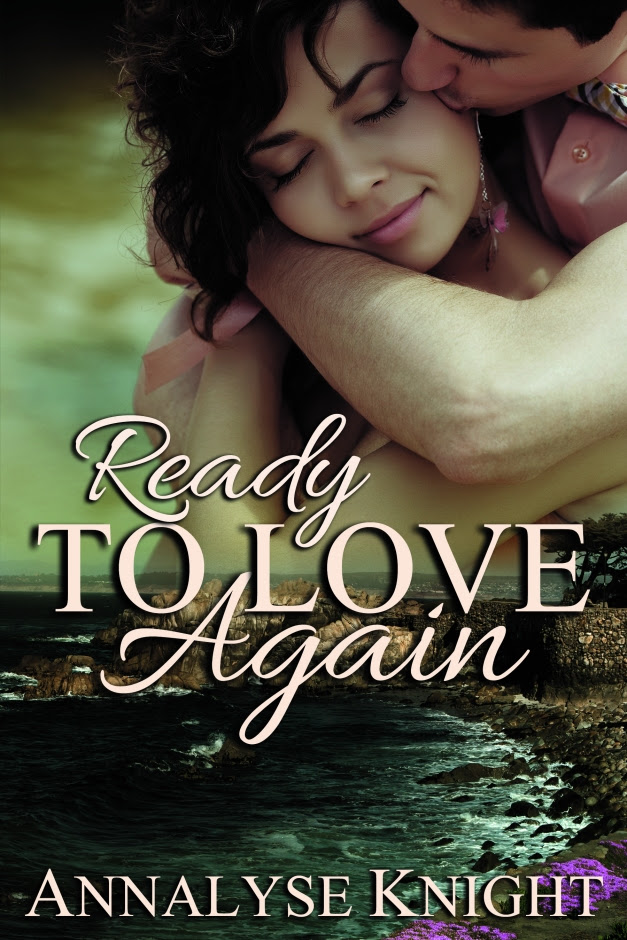 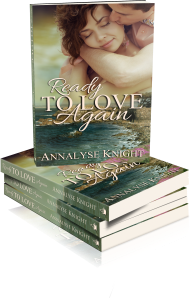 After a bitter divorce, Katie Rodriquez moves with her nine-year-old son, Shawn, to California to take a job at the Monterey Bay Aquarium. A fresh start is exactly what she and her son need. However, a fateful stroll on a Carmel beach turns her world upside down when she meets a handsome doctor who is struggling with his own past.
Dr. Chase O’Donnell had everything a man could ask for when a tragic accident changed his life forever. Tortured by his memories, he locks away his grief to care for his two children, refusing to face what his loss has done to him and the people he loves most. Katie’s son is a rowdy child with a good heart, so it is a bit of a surprise when Shawn befriends the quiet and thoughtful Tony O’Donnell. Tony’s love for baseball draws Shawn into his world, and from then on, they are inseparable. It is only a matter of time before they bring their parents together again in a surprising twist of fate. However, Tony’s older sister, Liz, doesn’t like the new boy who is prone to catching critters and teasing girls. Liz isn’t very happy with the idea of her father having a new girlfriend, either. Loyal to a fault and haunted by the fear of abandonment, she lashes out and refuses to accept the new woman in her father’s life. Katie and Chase must find the strength to rebuild their lives while juggling the demands of careers and single parenthood. When Chase’s daughter lashes out, they soon discover that the price of their romance is too high. To heal his family’s pain, they both must risk losing each other. Facing unresolved guilt and anger, will they have the courage to learn to love again?

Katie lay in her bed, staring at the ceiling for what seemed like hours. Rolling over, she glanced at the clock: 2:42. Great! It had been hours. She slammed her head back down on the pillow, threw her arm over her eyes, and tried to drown the barrage of thoughts invading her mind. From the moment Chase kissed her goodbye, she had felt an uneasy sense of dread. Things weren’t better with Liz. Katie had two very different reactions to Liz’s stubborn refusal to come above deck. The first was panic that Shawn would be hurt by her attitude, but to her relief, he hadn’t heard Tony’s explanation. Besides that concern, she was sad about Liz and the challenges Chase was facing. There was no denying that they were confronted with a major obstacle in their relationship. Chase and Gina seemed to think Liz would warm up to Katie when she was ready. But the more she was around her, the more Katie worried that would never happen. Katie speculated that Liz’s avoidance on the boat was a learned behavior and that Chase had contributed to her actions by not correcting it when he had the opportunity in the past. From what Chase had said previously, he thought it was easier not to think about things too much. Didn’t he realize that children needed to talk about their losses? Unlike adults, they couldn’t put all their emotions into neat little boxes to open up later when they felt like dealing with them. Katie groaned and rolled onto her stomach, punching the pillow and trying to let out her silent frustration. She could see that Chase was at a loss as to what to do about Liz. Heaven knew everyone made mistakes, but she hoped his wouldn’t come back to haunt them in the future.

Annalyse Knight is a recovering craft addict. She spent many years jumping from one hobby to another until she discovered that writing satisfied all her creative cravings. A stay-at-home mom, Annalyse raised her three children on California’s Monterey Peninsula. Although she and her family later moved to the Sacramento area, the beach, the quiet community, and the beauty of the California coast continue to inspire her writing. She spent several years writing with an online community, and she loved the direct interaction with her readers. Her online participation eventually led to her volunteer at The Writers’ Collective, an online writing workshop group founded to create a supportive community for writers. With her children almost grown, Annalyse decided to take her hobby to the next level and become a published author. Ready to Love Again is her first novel with The Writer’s Coffee Shop.